In the double elimination round, after Ganesh, Nuthan Naidu got evicted from the house in today’s  (September 2) episode. With this eviction, no commoners are left in the Bigg Boss house. Meanwhile, the eviction has come as a surprise for not just Kaushal, a close friend to Nuthan, but the viewers as well.  The netizens have expressed shock and raised suspicion over Nuthan Naidu’s eviction as many believed that Nuthan had far more mileage than Amit. Tweeple has blasted the reality show Bigg Boss calling it dubious and lacking credibility and biased. While writing this, we want to tell our readers that we are not taking any sides but projection what is being talked about and happening. 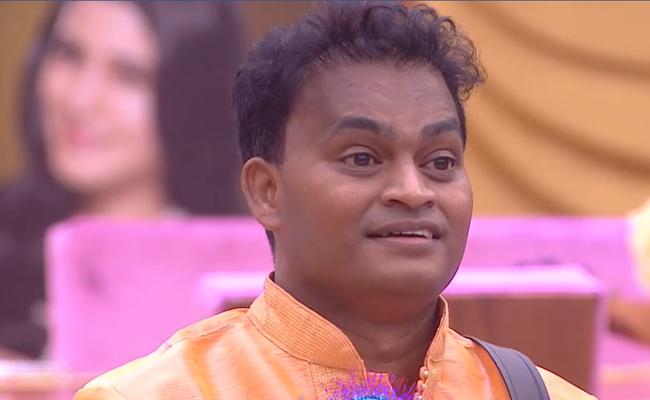 Check out the tweets that have questioned Bigg Boss authenticity over Nuthan Naidu’s eviction:

in this way they will eliminate kaushal the leader in getting votes
what ethics u have BB AND NANI
FAKE HOST FAKE BIASBOSS#BigBossTelugu2 @NameisNani
go get some life. pic.twitter.com/sSyUp0Hxx5

How come there is a less margin Nuatn was having 26%
Amit 6%
Sam 10%
shame on BB#BiggBossTelugu2 .
fake bb2
shame on u
shame on @NameisNani
go wash ur face somewhere.

I generally don’t keep stock in deliberate manipulation from the management. But today’s elimination looks extremely suspicious. Nutan seemed clearly ahead in the polls next only to Kaushal. Who votes for Amit anyway? 🤷🏻‍♀️ #BiggBossTelugu2

#BiggBossTelugu2@starmaa How it is ,this is cheating of viewers ,can you release number of votes
Really disappointed,amit stop acting

Good Luck with your upcoming projects @NameisNani! YOU HAVE CREATED 1000's of MOVIE CRITICS!
#biggbosstelugu2 #KaushalArmy

#BiggBossTelugu2 trying to create an impression that #KaushalArmy is not so powerful to the housemates with Nutan's elimination?

@NameisNani #BiggBossTelugu2
How do you justify this elemination? Cheating to the core. If you want certain people in the safe list, why do you even keep them in voting? None of our friends or me or anyone in social media voted for amit or samrat. How come they are saved? Shame.

The most unfair season of BB in any language is #BiggBossTelugu2
😑 I have never seen such biased show!
Irrespective of wat Nutan dos or not
It is crystal clear that there is no way Amit or Sam would get more votes than NN!#BiggBossTelugu2

#BiggBossTelugu2 and @NameisNani have no value for common man in house (Ganesh & NN) and outside (audiences).

No respect to votes given by us.
U used and thrown us.

Then why r u asking for votes

@#biggbosstelugu2 .. not a genuine game show.. its clearly evident from todays elimination of Nutan's .. one word to say FRAUD game show… last but not least … pathetic host i have ever seen in any of the TV shows and its none other than Mr. Natural Start @NameisNani