At its heart, Dolly Kitty Aur Woh Chamakte Sitare is the story of two sisters from different age groups, hailing from a small town, trying to find their identity in a big, bad city.  The film, though traversing past a potpourri of subplots, is ultimately a tale of sexual liberation of these women and their ability to exercise control over their lives. The film is filled with a concoction of conflicts which would have made for great material for a show in the long-storytelling format. However, under a two-hour duration, despite having a bunch of worthwhile moments, the conflicts don’t feel ripe enough. 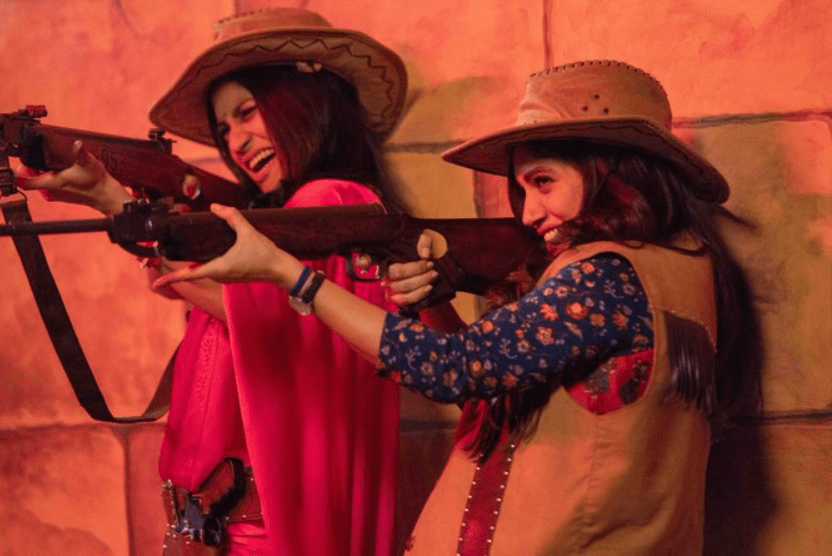 Dolly, a mother to two young boys, is married to Amit, living in Noida. Their relationship is in doldrums, heading nowhere and Dolly is too happy not addressing the problems within the marriage. It takes a college student/delivery boy to awaken her latent desires that she’s blissfully ignored while fulfilling her responsibilities as a mother. Amit is desperate seeking greener pastures outside the marriage and even begins to hit on Dolly’s sister Kaajal, when the latter lands in the city to work in a factory. Dolly refuses to believe Kaajal’s word when she informs her sister about this. Kaajal proves to be naïve while living her big city dream and eventually comes of age. Dolly, besides dealing with a dysfunctional past, has to come to terms with her young son’s supposed effeminacy.

The film, though bogged down by many a conflict, feels earnest on many levels for the effort it takes to unveil the psychological space of its protagonists, particularly Dolly. How can you not be moved by the moment where Dolly cherishes the middle-class dream of owning an air conditioner? Look at the way she makes tea with a lifeless expression in a sleepy old-time office that pays her a meagre salary or is attracted to a young delivery boy who delivers food to her household or enjoys sticking her head out of the car experiencing wind in the midnight – these are moments where the actor, Konkana Sen and the character become one.

Recalling her growing years as a child whose mother eloped with another man, you see Dolly’s anger for her mother slowly transitioning into empathy as she faces a similar crisis in her life. Though the track of her effeminate child does convolute the plot unnecessarily, Dolly is the better fleshed out character in the film in comparison to her sister Kitty a.k.a Kaajal by all means. Kaajal’s conflicts don’t seem as evolved as Dolly’s. All the talk of phone sex reminds you of films like Dream Girl and portions of Tumhari Sulu. The romance where she falls for one of her callers in the call-centre or the portions where she is witness to the sexual freedom of her hostel in-mates don’t strike a chord and appear half baked. 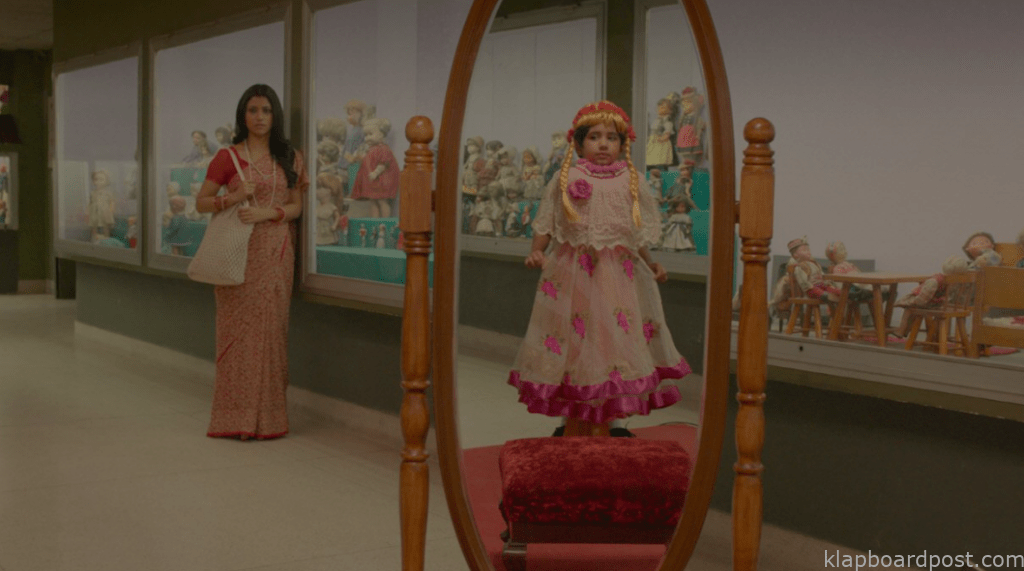 The conversations between the sisters are the lifeline of the film and their buddy-like relationship, where they help heal each other’s wounds, is stirring. Dolly Kitty Aur Woh Chamakte Sitare takes stock of the rise of the fringe groups within the country, addresses the much-needed debate about sexual awareness among children, but the hotchpotch treatment doesn’t help. The tale is beautiful and sincere when it’s about sisterhood, women standing up to take charge of their lives. The ending is impactful though a tad too sudden for one’s liking. The innovative title is a reminder of how the lives of two sisters revolve around star ratings in some form.

The film is a great reminder of the Hindi film industry’s underutilisation of a talent like Konkana Sen. Though it’s not a role that tests her mettle to the fullest, it gives us a reason why we need to celebrate her presence more. Bhumi Pednekar, to begin with, doesn’t look the confused 20s something girl coming from a small town and despite her sincere efforts to mirror the character’s confusion, the portrayal isn’t as heartfelt as her co-star’s.  Amol Parashar is charming and exudes vibrancy while he lasts; Neelima Azim is dazzling though she appears only in a single sequence. Aamir Bashar plays the part of a husband every woman loves to hate and he couldn’t have been any more natural than this. The likes of Kubbra Sait, Vikrant Massey and Karan Kundra don’t get well-fleshed out roles.

Alankrita Srivastava’s second feature isn’t as hard-hitting as her debut, Lipstick Under a Burkha, or the web series Made in Heaven that she co-wrote. Yet, Dolly Kitty Aur Woh Chamakte Sitaare warrants a watch for the sincerity with which a character like Dolly is written, some fascinatingly crafted moments and poignant performances.