Home English Edaina Jaragocchu teaser review
Actor Sivaji Raja’s son Vijay Raja is making his screen debut with the movie ‘Edaina Jaragocchu.’ The teaser of the film is launched by director VV Vinayak. Speaking on the occasion director Vinayak said, “I know Sivaji Raja since my days as an associate director. He evolved as a character artist and now his son is making his debut. I wish him good luck and hope he becomes a huge star. The antagonist in this film is a big star in Tamil industry”. 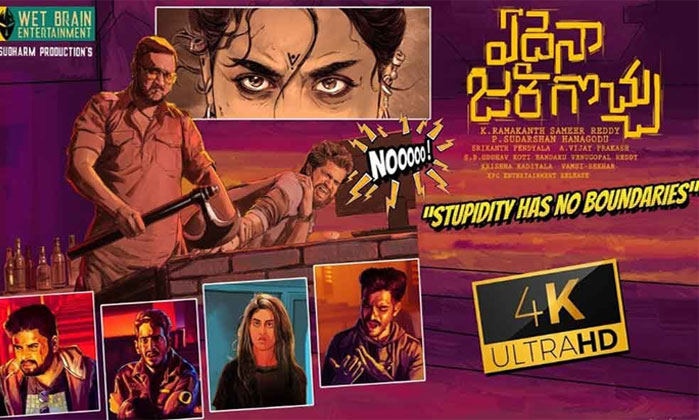 Sivaji Raja thanked Vinayak for gracing the teaser launch event. Director Ramakanth spoke and said, “This is a crime horror thriller and I thank my actors and technicians for their contribution. Thanks to director Vinayak garu for being the chief guest of teaser launch.”
Coming to ‘Edaina Jaragodcchu,’ Pooja Solanki and Sasha Singh are playing the female lead roles.
Noted cinematographer Sameer Reddy has cranked the camera for it while Srikanth Pendyala is composing music. ‘Edaina Jaragodcchu’ is produced by Wet Brain Entertainment and Sudharm Productions banners.