Nandamuri Kalyanram’s first look as late Harikrishna in Kathanayakudu is out. The actor posted on social media, “Feeling proud and emotional about reprising the role of my father in #NTRBiopic (sic)” A day ago, Vidya Balan’s picture as NTR wife NT Rama Rao’s wife Basavatarakam went viral. However, the actress deleted the picture or might be on the compulsion of the makers.

The film having a galaxy of a star cast from will release in 2019 on January 9. It is being helmed by Radha Krishna Jagarlamudi after director Teja opted out due to “creative difference”. NBK FILMS which is producing the project tweeted, “The story of a man who defined the word protagonist n the Telugu Cinema’s magnificent #Kathanayakudu #NTR (sic),”. 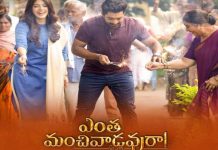 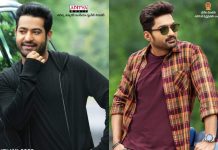