The political drama between Telanagan caretaker K. Chandrasekhar Rao; son KTR and Lagadapati Rajagopal, the former Congress leader continued. The former MP called for a press meet today, December 5 to clear the air of miscommunication with KTR. The controversy triggered after Lagadapati spoke about the preliminary results from his poll survey. He said that Congress would lead if the polling crosses over 68percent. To this, KTR called his survey as “concocted” as he said that TRS would win win 65-70 seats. 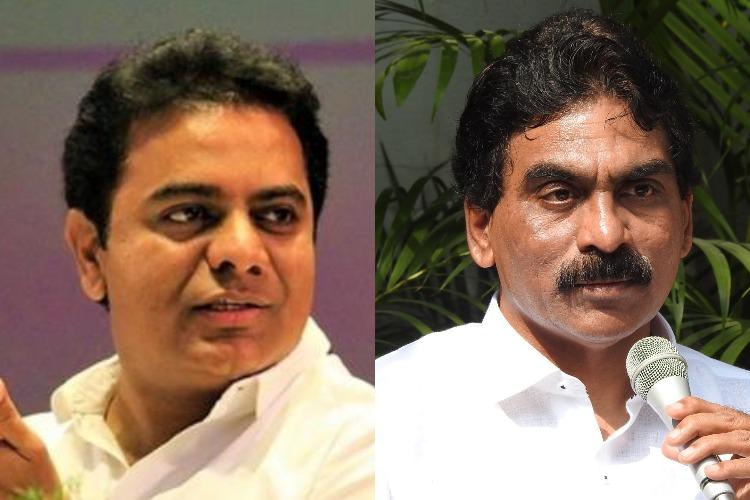 Firstly, he slammed KTR for making public their personal WhatsApp conversation. He then went on to say that, “He asked us what the situation was like. I said that I don’t have the results but my media team did. On September 17, I sent him mail of the report”. Rajagopal in his press meet said that TRS had higher chances much before the dissolution of Assembly and the formation People’s Front. The former Congress leader further showed the WhatsApp conversation of him and KTR where he said that, “I have since got many reports since November 20. I didn’t share any of those. In Tirupati, I casually said I won’t talk about parties but said my prediction for independents”.

“Two pensions to each house and loan waivers are helping Congress. There is an undercurrent. Minorities are also not satisfied that 12% was not given.I never met KTR in 5 years except on that date mentioned when we met at a close friends house,” he added.

The reason I dismiss Rajgopal’s survey as concocted; 👇his message to me on 20th Nov that TRS is winning 65-70 seats

P.s: I had no choice but to share this conversation to break the conspiracy pic.twitter.com/vUJ77KpmFc

Meanwhile, Irrigation Minister T Harish Rao hit back at Rajagopal stating,“Lagadapati had predicted that Telangana was not going to be a reality, and announced of a political exile, if it does, but we got Telangana and he took a political exile. This time he’s claiming that the TRS won’t win, after the TRS wins, he’s going to join the actual sanyasis.”