Plot:
The story revolves around Sattu Bhaiya (Pankaj Tripathi). All the other characters in the film are directly or indirectly linked to him. Bittu (Abishek Bachchan) serves some time in jail and gets released. But he struggles to face the harsh reality of his life. Aalu’s (Rajkummar Rao) girlfriend, Pinky (Fatima Sana Shaikh), asks his help for a crime against her husband. Akash (Aditya Roy Kapur) and Shruti (Sanya Malhotra) are a couple who had to get their leaked MMS cleared from the internet. Rahul (Rohit Suresh Saraf) and Sheeja (Pearle Maaney) also has a story. How the four stories are connected to Sattu Bhai and what happens, in the end, forms the story.

The music by Pritam is superb. Visuals by the DOP are top-notch. The production values are very high. Director Anurag Basu has succeeded in grabbing the attention of the audience with his taking and narration. His gripping screenplay is impressive and has got a lot of interesting elements in it. The twists and turns will keep the audience hooked to the movie. 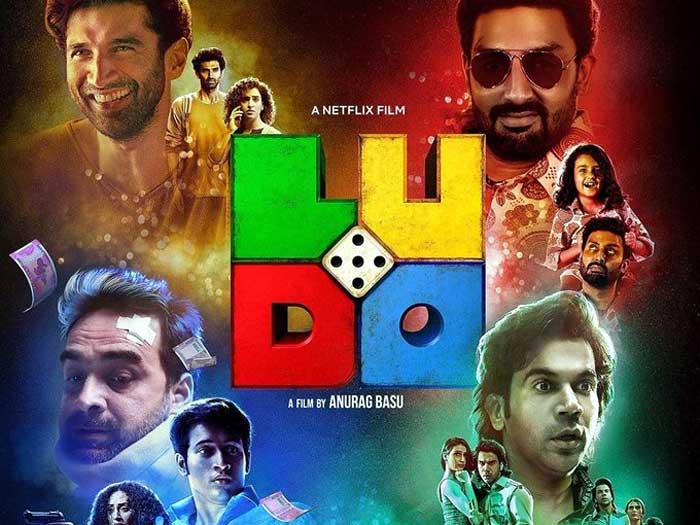 All the characters are established impressively, and we easily get connected to most of the characters. Also, the core cast’s performances are too good to watch.

The fantastic performances made it east and very enjoyable to watch. The film has watchable chemistry and a beautiful story. Anurag Basu sure has grabbed the attention of his performance. Pritam’s music made the film even more engaging.

On the whole, ‘Ludo’ is a perfect watch for this weekend. ‘Ludo’ is a crazy ride filled with only entertainment.