The gang war drama genre has been prevalent in Bollywood, and we have seen so many movies in Hindi like ‘Once Upon A Time In Mumbai,’ ‘Shootout at Lokhandwala,’ etc., the same backdrop. One such series is ‘Mum Bhai’ in the story, which revolves around how a good cop turns into a bad one. The web series is based on the dark side of Mumbai during the 80s and 90s. The series is currently streaming on the Zee5 platform.

Plot:
The story revolves around an encounter specialist Bhaskar Shetty (Angad Bedi). After seeing so much bloodshed and countless murders, Angad Bedi, who entered Mumbai as a vulnerable teenager, becomes an anti Hero. The story takes place in two different timelines. Bhaskar meets a smart talkative girl Vaishnavi (Sandeepa Dhar), who helps him. Bhaskar has a fellow officer Karekar (Sameer Dharmadhikari), and Nitin (Vishwas Kini) is a reporter. The story revolves around these four characters mainly.

Performances:
We can say the performances are great from all the actors, especially Sandeepa Dhar. Most of these actors did perform averagely, but Sandeepa not only got a strong role but also has delivered a fabulous performance in the series. She has dominated everyone in terms of her acting skills. Angad Bedi takes the responsibility to chase the mystery. Since the show mostly revolves around his role, he tries to give his best. As a cop, he looks fit and perfect. Sikander impressed everyone with his performance as a gangster. The series revolves around limited characters, and the leads did well.

Analysis:
The fast-paced narration is one of the biggest plus points of this series, and something will establish in every scene. The director has succeeded in effectively establishing the characters, and his taking is quite gripping. The ending scenes of most of the episodes will be exciting and will keep the audience on the edge of their seats. Despite having great characters and twists and turns, the series lacks freshness as we have already seen some of such scenes from the series in other action movies.

The show begins on an interesting episode, and it transverse to a different time zone. Thrillers are interesting in the digital space. Mum Bhai comes up with an interesting plot, and the script has nothing new. When thrillers like Mum Bhai has a regular concept, the execution is all that matters. The drive should be engaging and intriguing, and the director tried to keep things simple.

The dialogues, production designs, and costumes are good. The cinematography is just average. The music is also not up to the mark. The gripping screenplay and short run time will be the few plus points in this movie. But, the routine script is a major drawback. Though most of the audience can’t enjoy the web series, people who want to catch a crime thriller with a regular storyline can definitely give this a try. 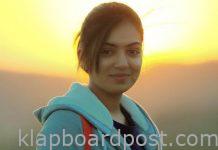 Nazriya’s big bet on ‘this’ film! 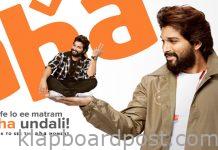