Pooja Hegde is the go-to actress in Tollywood. The Kannada beauty has spread her wings to Bollywood a well and his interesting projects in Hindi cinema in the pipeline. The dusky beuaty is now grabbing the attention with her sizzling photo shoot where she is flaunting her svelte curves. Dressed in lehgenga and choli, she rocks the ethinic look as she does the western looks with elan. 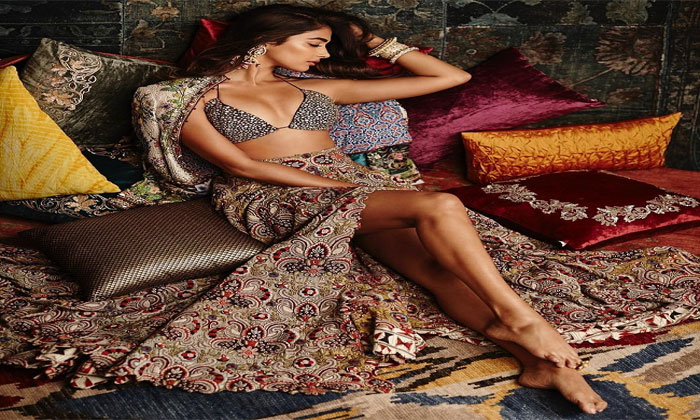 Pooja last seen in Jr NTR hit film Aravindha Sametha, she is set to take on the silver screens this summer with Maharshi. Starring Mahesh Babu in the lead role, we also hear the role of Allari Naresh is the most crucial one in the film. Apparently, he strives hard for a cause but gets killed in the meantime. In the second half of the film, Mahesh will take up the responsibility of fulfilling the desire of Naresh. The emotional arc is definitely will roll tears in the eyes of the audience, says the sources. Apart from Maharshi, Pooja will also be seen in multi-starrer Housefull 4.