Poonam Kaur has turned bride. Don’t jump the gun thinking it to be real. The actress is strolling on New York street with a bridal getup. The actress posted the picture of herself on social media and the particular picture, in question, is from World famous Times Square. Dressed in red lehenga and choli, Poonam looks stunning. But what made her to clad this attire still makes us surprise though. 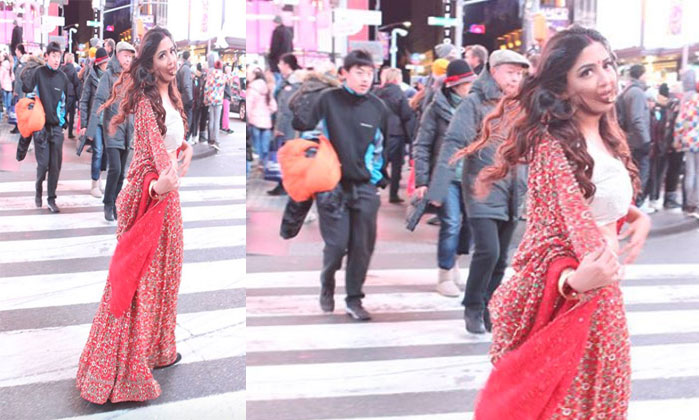 Poonam recently grabbed headlines after her morphed audio clips of have gone viral. In her complaint, she said that the morphed clips talk about Jana Sena chief Pawan Kalyan which has brought disreputation to her and maligning her image.  “Some people are trying to target me and a political party for a long time. I have no idea what fun they get by affecting a woman’s life so much,” she said.

Is Jr NTR stepping into production?