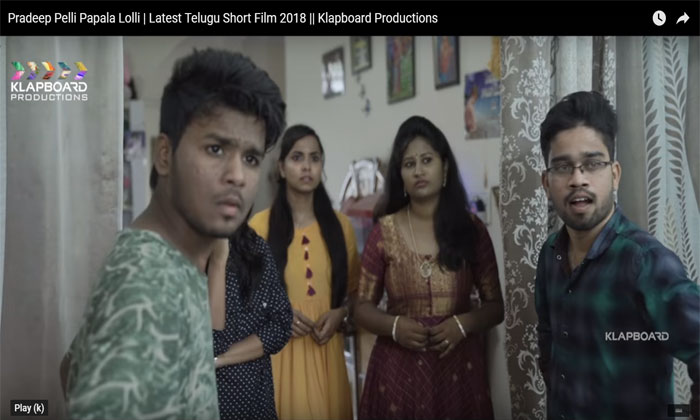 Remember the reality show Pradeep Machiraju’s Pelli Choopulu, the first ever for Telugu audience. But do you know Pradeep’s Pelli turned into ‘Papala Lolli’? Well, we are talking about the feature film Pradeep Pelli Papala Lolli helmed by Raghuram Bahuthama and presented by RK Nallam. The feature film is a complete laugh riot with its quirky take on the reality show. Raghuram deserves a pat for coming up the out of the box concept leaving you in splits.

The cast includes Tinku Chary, Harsha, Ranjith, Deepika, Mahalakhsmi, Prashanthi, Sai Kiran and Anju Sharoon, who have got into the skin of their character. While the cinematographer-cum-editor Surendra has brought up a good content to the table. Check out the film here: