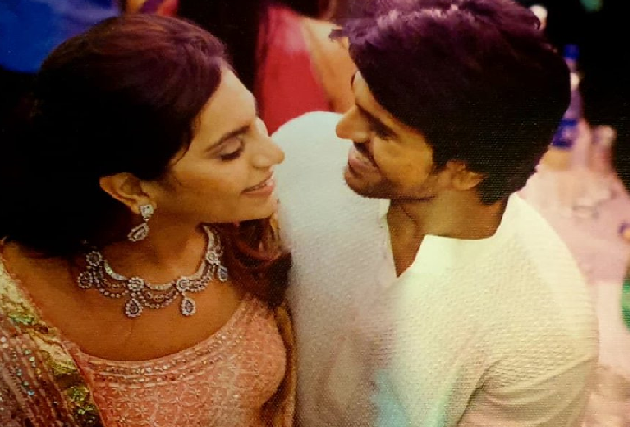 Ram Charan and Upasana have walked the aisle on 2012 and since then it’s all lovey-dovey where the latter keeps giving netizens a peek-a-boo from the daily affair. Yesterday, it as the couple’s engagement aUpasanasan was flooded with warm wishes on the coupl’s speical day. Thanking the tweeps, she wrote, “Really want to thank everyone for reminding me about my engagement anniversary yesterday .❤️ so many fond memories. I made mom @shobanakamineni dig in & find some cute pics”. Upasana has shared some pictures from her engagement which is all mushy and palpable. 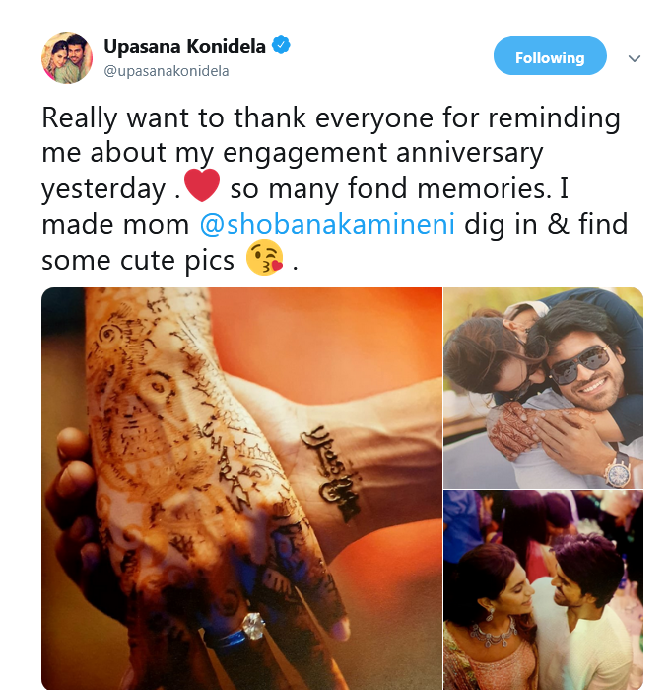 Cherry in his latest flick, Vinaya Vidheya Rama teaser, Ram Charan has mouthed some powerful dialogues that made his fans go crazy. Looks like he fitted well in the mold of a Boyapati hero who beats the pulp out the goons every time. Bollywood actor Vivek Oberoi is shown in the teaser as a powerful villain and we get to see Aryan Rajesh staying by the side of Charan in this teaser. Kiara Advani and other actors weren’t shown in this teaser

On the whole, the teaser is in complete contrast to its title ‘Vinaya Vidheya Rama’ and is a complete Boyapati mark teaser with hundreds of baddies and plenty of slow-motion shots. Looks like the mass audiences are in for a feast this Sankranti.