Home English Box Office Reason why top writer lost Baahubali chance!
Sai Madhav Burra has become an overnight sensation these days. His dialogues in Satakarni and Khaidi 150 have clicked well with all sections of the audience. The man in form who is busy with many films in hand has taken some time off and gave interviews to the media.

Talking about so many things in his career, Madhav revealed the reason as to why he missed working on Baahubali. He opens up by saying that during the story discussions of the film Rajamouli told him that there would be another writer working on the film as it is a huge project.

Madhav says that he told Rajamouli that he will do the project only if there is one writer. This dialogue of his hurt Rajamouli and he opted for another person and the rest they say was history.

When opportunities are quite rare in the industry one should think twice before they talk to a person like Rajamouli otherwise one can loose out heavily. 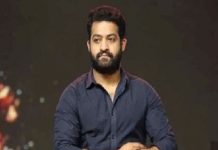