Nandamuri Balakrishna is not only known for his onscreen acting talent but also for offscreen aggressive attitude. the actor turned politician never shows any qualms to hit fans when he gets angry. We have witnessed many such incidents in the past. Now, during these election days, this has become a normal sight. 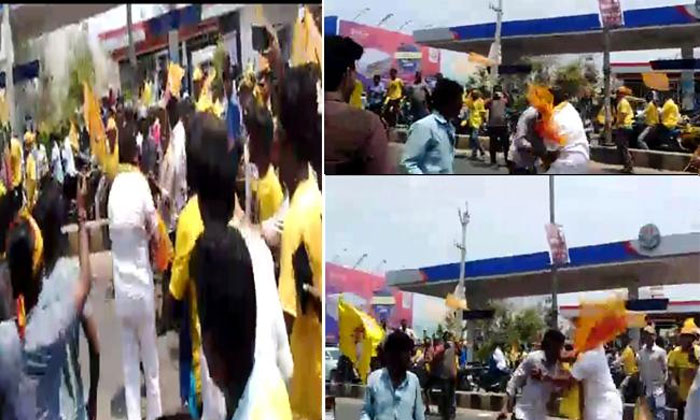 Yesterday, Balayya visited Cheepurupalli, as apart of the election campaign. Suddenly, a person who attended the rally, fell on him mistakenly, due to the heavy crowd. Losing his cool within seconds, Balayya came down heavily on him and started beating him up repeatedly.

This video is now going viral all over the internet. Meanwhile, a few days back he also attacked a TV channel cameraman and in another instance, he abused a fan right in front of his wife. With this attitude, it seems highly unlikely that Balayya will win the elections, says the sources.

Allu Arjun’s next gets release date even before going on floors!