Congress working president Revanth Reddy has been arrested after he tried to lay siege to Telangana chief minister’s house at Pragati Bhavan. Condemning his arrest, Revanth Reddy said that KCR government is curbing the voice and behaving undemocratic way. 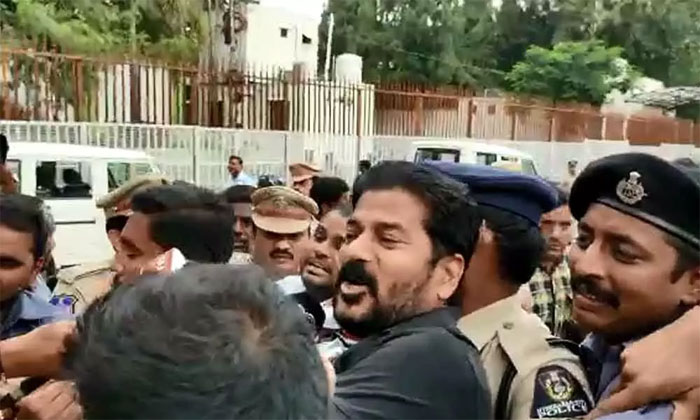 Apart from Revanth Reddy, top politicos Mallu Bhatti Vikramarka, Revanth Reddy, V. Hanumantha Rao, Ponnam Prabhakar and Mohammed Ali Shabbir have been put under house arrest.  To control the untoward incident, thousands of policemen were were deployed at Pragati Bhavan. Barricades were erected on roads leading to Pragati Bhavan in Begumpet, causing traffic snarls in the busy area in the heart of the city.

Authorities also shut down Hyderabad Metro Rail station at Begumpet to prevent the Congress workers from reaching the area. Police officials were also searching hotels and lodges in Begumpet and surrounding areas to check if Congress workers were staying there. Former MP Anjan Kumar Yadav and his supporters who managed to reach near Pragati Bhavan were arrested and whisked away by the police. As the striking employees of TSRTC and students of Osmania University are likely to reach the chief minister”s residence, police are not taking any chances. 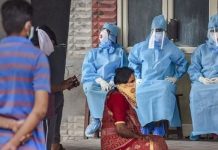 Nani to be the next host for Jr.NTR’s Bigg Boss Telugu...

Why Pawan Kalyan Manifesto Vision To Be Successful