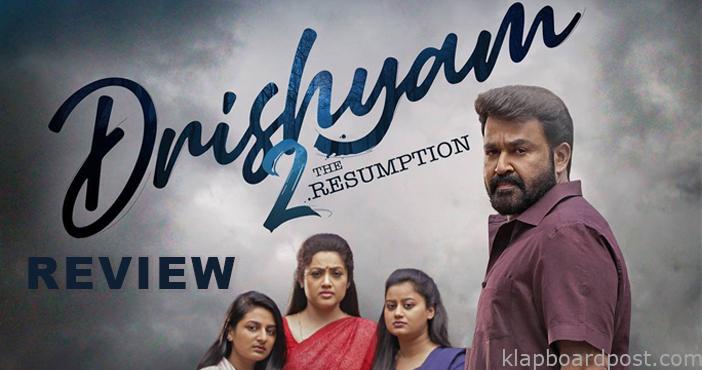 Drishyam 2 is a film that has been trending ever since it released on Amazon Prime. The film is a solid hit as per the talk and, read our review to find out whether the film lives up to the hype or not.

Plot
The film is the continuation of the first part of Drishyam which was a rage at the box office. George Kutty(Mohan Lal) and is his family cleverly get away with the murder of the guy who troubled their daughter and cheats the cops successfully. The second part is the faithful continuation of that case and how George Kutty once again falls into trouble and comes out of it.
Performances
Mohan Lal is top-notch in his role and is even better in the second part. This time, he is even confident about his role and carries the entire film on his shoulders. Meena gives able support to Mohan Lal and is neat in her role. The two young daughters of Mohan Lal also do a good job in the film. The story is nicely woven and gives every actor good scope to perform. Eldho Benchamin plays a confident cop with the right amount of cockiness.

The film itself starts with a twist and that becomes a narrative point for the rest of the film. Director Jeethu Joseph has taken the same characters forward and has woven a good story with a superb twist. This makes Drishyam 2 even more interesting.
As you know what happened in the first part, the second part gets you involved even more as there is a feeling of excitement which is superbly shot in the film. The interval twist, for example, can be seen from miles away. But, it is still passable even if one guesses it as there is not much lag. The proceedings keep one engaged.
The narration is what makes things so exciting for the audience and the entire family can watch it without guessing what is going to happen. Upon this, the locations, BGM, and visuals arrest you. In a nutshell, Drishyam 2 is a befitting sequel that ends as a must-watch.
CLICK HERE!! For the aha Latest Updates