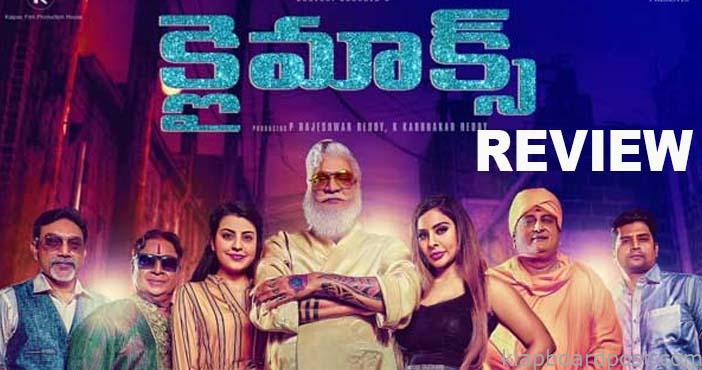 Rajendra Prasad is doing some versatile roles even at this age. He has turned a lead actor in the film called Climax that is playing in the theatres. Read our review to find out if the film is even worth giving a shot.

Vijay Modi played by Rajendra Prasad is a rich man who wants to become famous at any cost. He tries all sorts of things and even becomes a Benami for a rich minister. In a tragic turnaround of events, Vijay Modi gets killed and hell breaks loose. Did he get killed for his money or because of his political connections, that is the suspense in the story that is revealed in the climax?

Rajendra Prasad has changed gears and does the role of a rich man with a lot of ambition. The legendary actor looks cool in his unique get up and the way he mouths his dialogues is also cool. The way he dressed and uses his weird body language is nicely set in the film and Rajendra Prasad needs full marks. The young actress, Sasha Singh tries hard to make her magic work but fails in no time.

The film is a thriller and deals with murder. As the title suggests, everything is kept for the climax which has a big twist. The main character gets killed in the first half itself hence creating a good setting for the film and proceedings. After setting up such a nice tone, the director goes off-board and loses track.

What comes after that looks absolutely silly. The investigative scenes are marred by silly scenes and this makes the film go volatile and never has any strength. Upon this, the comedy that is thrown at serious situations is not that good and makes the scenes dull.

The taking is good but the lack of depth in the drama leaves the film in disarray. The so-called Climax is also not that great and is just about fine. In a nutshell, Climax is a film that falters from the silly narration. A serious tone to it would have made things so good.