Samantha Akkineni is not only A list actress in the South but also given fashion statements. The Southern diva has now shared a de-glam look and oh boy! she looks breathtakingly beautiful in the no-makeup look. We bet that it would race your heartbeats watching the after picture of Oh Baby actress. 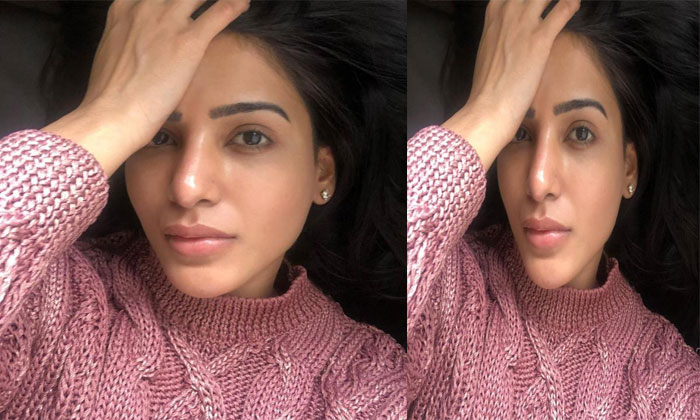 Sharing the picture, Sam wrote, “Unfiltered !!!! Don’t ask me what I am doing with my hand though.” Sam and Naga Chaitanya recently returned from Ibiza, Spain where they celebrated Nagarjuna’s 60th birthday.  On the work front, Samantha will be doing the Telugu remake of Tamil film 96 which starred Trisha and Vijay Sethupathi.  Apparently, Sam has given her dates for 96 shoot till October  10 beginning from September 16. A source says, “She is in a hurry as she wants to start a family soon. Also, she has not got any exciting scripts lately, so she feels this is the right time.”

Samantha had previously spoken about her pregnancy stating, “I have put a date as to when I want my baby. The date has been fixed! Like, as if that’s going to happen according to the date we have fixed! But Chay seems to be certain that it will happen on the assigned date!”

“Ok Jaanu” to entertain and mesmerize you on 13th January 2017