Actress Sri Reddy who started her fight against casting couch in the showbiz has now leaked a chat of Ramky sent to her by others. In the leaked WhatsApp conversation, it is seen Ramky asking girls or either to arrange. Check the screenshots she had put up on her Facebook. 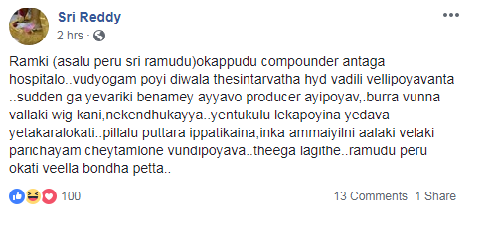 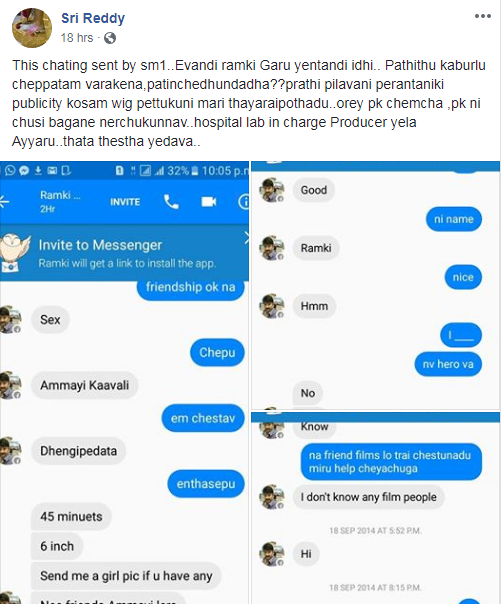 Meanwhile, some section is calling it to be fake. We have to wait and see if Ramky comes forward to clear the air on this. A few days ago, Sri Reddy announced her break up with her Punjabi boyfriend Ekam Bawa. In her Facebook post, she didn’t name him but made alluding comments that the two have parted ways. She shared about the fonds memories they had and she promised to safeguard their love for a lifetime. 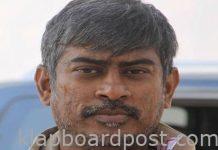 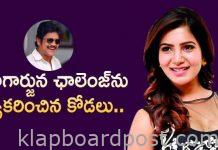 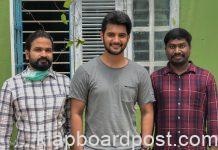 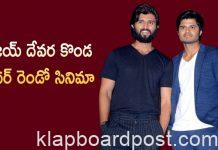 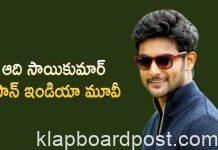