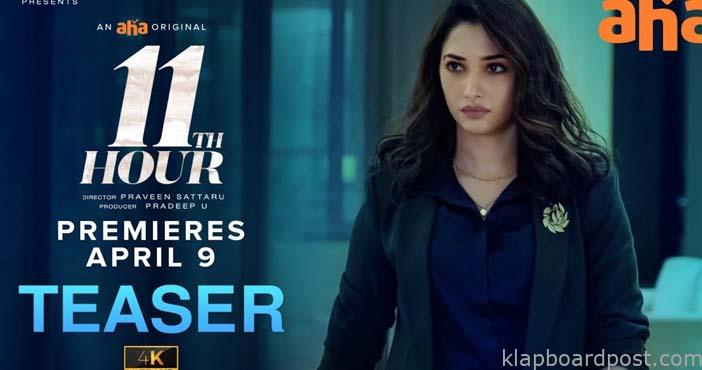 As soon as Samantha announced that she is doing a series on TV, Tamannah sprung into action right away and signed not one but two web series. One in Telugu and the other in Tamil.

The Telugu web series is called 11th hour and its teaser is out today. By the first look of it, the show is going to be a gritty corporate drama that has been made on a high budget, and that is shown through the rich visuals.

Tamannah plays a brave heart who fights against family, friends, enemies, and time. But will she will win this hard battle forms the plot of ‘11th Hour. She does not mouth any dialogues and shown the tense atmosphere through her eyes.
Tamannah will be seen in a hard-hitting role and will be bold enough to shock the Telugu audience. Such series are bringing out the talents of many and when big heroes attempt such stuff, things change for only the good of the industry. Let’s see what Tamannah has in store for us.