Modi came and went. He addressed a decently huge public meeting and went home a satisfied man. Despite the protests and the black flag demonstrations, Modi successfully wrapped up his tour. 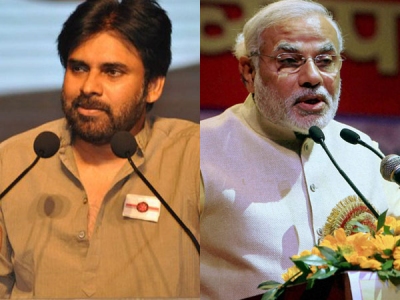 There is one interesting nugget of info. Both the YSRCP and the Jana Sena did not join the anti-Modi protests. Both has stayed away from the TDP protest and gave ample signals that they are not prepared to criticise Modi. Instead, Pawan Kalyan even attacked Chandrababu for questioning Modi’s tour. Thus, he has shown whose side he is on.

Pawan had earlier launched stinging attacks on Modi. He asked as to what Modi did to AP. But, on Sunday, he adopted a soft approach to Modi.  When the TDP tried to point this out, Jana Sena official Twitter handle tweeted to remind Chandrababu that he stood by Modi for four-and-a-half years while the Jana Sena questioned him.  Indirectly, the Jana Sena showed that it would back the BJP in the coming day. One only needs to wait for the mask to come off.