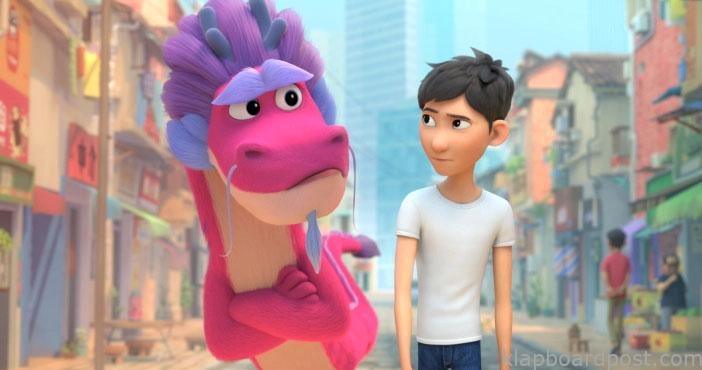 As Appelhans watched a friend in Shanghai “struggling with family and class and concepts of success, it seemed like that timeless [‘Aladdin’] story… about a peasant boy who lives with his mother, meets a wish-granting genie, falls in love with a princess, loses himself, and finds himself again, could have newfound relevance today,” he said. “It made me think a lot about the world. In a naive way, I tried to recreate that experience through this story and hope people get a better understanding of China.”

Part of the challenge was making a love letter to the transformation that started in Shanghai 10 years ago. During research trips, Appelhans observed half-demolished neighborhoods being gentrified. “We’d go back three months later to do more research and they’d be gone, completely replaced by a mall,” he added. “And that was the inspiration for the story: When the world is changing so fast, how do you keep your bearings? How do you figure out what matters to you when anything’s possible?”

That’s where the genie steps in: a wise-cracking, cynical con-artist with a dark past and an addiction to shrimp chips. “He’s your best friend for his own very selfish reasons,” Appelhans continued. “He’s patronizing and a bit arrogant and, in a weird way, has a very delusional view of the world. And to make that likable was hard. I prepared all these notes for John, but he didn’t need them. He had Long all worked out.”

But it was important that “Wish Dragon” be made in China to retain any semblance of authenticity. It was set up by a Chinese consortium that included Jackie Chan’s Sparkle Roll Media and Flagship Entertainment Group, and marked the debut animated feature by Base Animation, a division of visual effects studio Base FX, based in Xiamen. Olivier Staphylas (“How to Train Your Dragon”), who served as head of character animation, brought a stable of young animators he trained in China and India.