Rhea Chakraborthy’s father Indrajit Chakraborty took to Twitter to share his disappointment and anger on the arrest of his daughter and the rejection of her bail plea in the Sushant Singh Rajput case. In a reaction to a follower’s tweet, he said, “No father can bear injustice on his daughter. I should die.” He said that the entire country is hell bent to send Rhea behind bars without any proof. Sharing an update in Rhea’s arrest, he tweeted, “Rhea Chakraborty bail rejected. 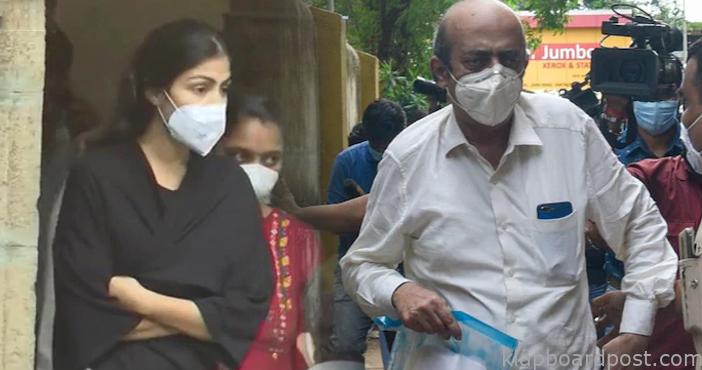 Next act likely in sessions court on Thursday!” Rhea, who has been arrested by the Narcotics Control Bureau (NCB) in a drug case linked with actor Sushant Singh Rajput’s death, was sent to 14-day judicial custody on Tuesday after her bail plea was rejected by the court. Apparently just not Rajdeep Sardesai, even Rhea’s father said about Sushant, ““So here is most inconvenient truth: if NCB case stands in court,then Sushant if he was alive would have been prime accused as a consumer, procurer and financier of drugs! So much for Justice for SSR: this is what the campaign has done: a fine actor’s legacy tied to drug abuse!” “I knew Sushant very well….He will be very sad today,” he wrote in another tweet. He further asked, “All this coz her now dead boyfriend smoked weed?? Weed????? I want all the stoners on my list to take this personally. Wtf is on in this country??!!!!! Poor Rhea. #justiceforrhea.”

30plus heroines have gala time