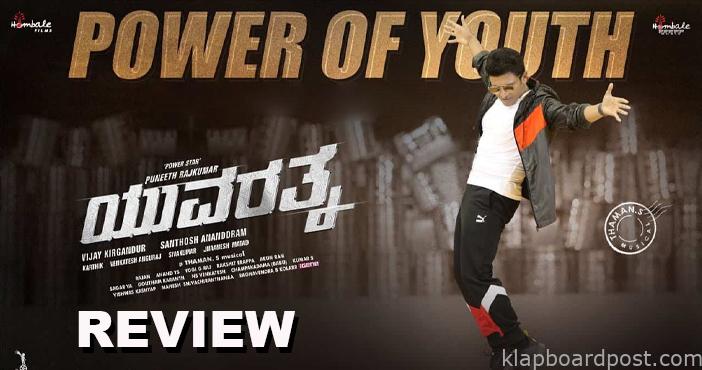 Yuvarathna is a film that has been promoted a lot in the Telugu states. It has released today and read our review to see whether the film has any juice in it or not.
Plot
The film is set amidst RK university which is one of the most famous ones. The college has its fair share of controversies and Gurudev Deshmukh(Prakash Raj) fights against all odds. But after a time, things get worse, and in- comes Arjun(Puneet Raj Kumar) to stand by Gurudev. Why has Arjun joined this college and what his actual motive? This is the basic theme of the film.
Performances
Puneet Raj Kumar is a treat to watch on screen with his histrionics. He is stylish, suave, and also does amazingly well in all the action sequences. Prakash Raj is an actor who does well in any role and he does the same in this film as well. His chemistry with  Puneet Kumar is pretty good.
Analysis
The film has a solid setting for Puneet Raj Kumar to showcase his all-around talent. For Kannada fans, it is a treat to watch their power star do all sorts of tricks to impress and the star hero does well in his role and given paisa vasool watch for his Kannada fans. The film is a routine action drama if you see it from the eyes of the Telugu audience.
A student coming in as a disguise and with a past and taking on many bad goons, you have seen this in many films already. The drama is not that great and has so many repeated scenes time and again. After a point when the actual identity of the hero is revealed, the film gets boring and mundane.
Thaman does well with his BGM to elevate Punnet Kumar but all of his tunes are just copy-paste ones. In a nutshell, the film has so many predictable moments that you get bored watching them unleashed.
Bottom Line – Nothin new
CLICK HERE!! For the aha Latest Updates

Are Nani and Nagarjuna at Odds?