After Kangana’s interview was aired on Republic TV last Sunday, she got a great response. Many lauded her for her guts and gumption and others derided her and said she was shooting from the shoulders of a dead man to settle personal scores. Filmmaker Anurag Kashyap seems to have watched the interview a bit late and must have checked her other interviews as well. He came across a short interview of hers at an airport soon after the release of Manikarnika where she lambasts Krish and talks of the controversy surrounding the finishing of the film. For some, Kangana sounded cheeky and her statements suggested that success had gone into her head and some felt that it is what all male directors do but none talk about it. 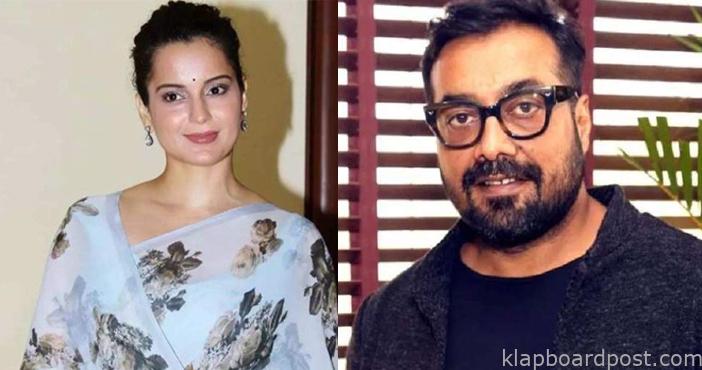 In a Tweet,  he sounds aghast, “The one who abuses all her directors, who sits in the edit and cuts the roles of all the co-stars. With whom any of her old directors, who used to admire Kangana, shy away from working with her. This power which Kangana feels has earned, to suppress others.”  The filmmaker said that if the actress’ close family and friends cannot see what she is doing, then Kangana probably does not have anyone by her side. Anurag concluded by addressing Kangana and said, “The rest is your wish, whatever you want to abuse me, keep going.”

Virat Kohli Hits Out At Trolls Over Anushka Video