Is love in the air? Bollywood actor Suniel Shetty’s daughter Athiya Shetty is quite active on social media and often shares interesting posts with her fans. She took to Instagram on Wednesday to post a monochrome picture of her. She can be seen striking a stylish pose for the camera with shades of greenery and barricades in the backdrop. Her followers were quick to notice that the background resembles the one seen in cricketer KL Rahul’s photograph that he uploaded on Sunday. This sparked further rumours of their affair and netizens managed to find out that the duo is spending quality time together. 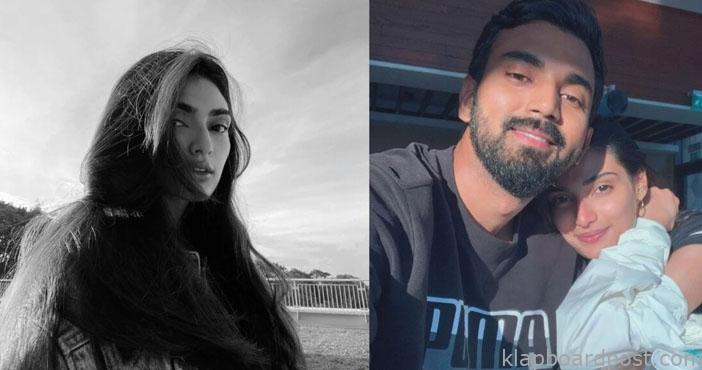 Athiya’s fans took to the comments sections and started asking her if she was with Rahul in England. One follower pointed out her clever strategy of uploading a black-and-white image so that people could not identify the background. Earlier, the cricketer had shared a click with the same barricades in the background where he could be seen sitting on a terrace and enjoying coffee.Rumours of Athiya and Rahul’s relationship are not new. They were also spotted together on a holiday. The actress often reacts to the batsman’s posts on social media. However, neither of them has made an official statement on their relationship. Rahul, who recently recovered from acute appendix surgery, is busy preparing for the World Test Championship final where India will take on England at Lord’s ground. He has been working hard for the tour. Last month, he posted some pictures from the workout and Athiya had commented on it.

Efforts to get Ravi Teja back in Trinadh Rao’s film on?