The much talked about film NTR biopic has been one of the most awaited films of the next year, 2019. The euphoria surrounding the movie was witnessed during the NTR audio launch event. Now, Balakrishna‘s fans have done crazy stuff which will make you go awe. As a mark of respect, the fans have erected a 100-feet cut out of Balakrishna in Hyderabad. The images have now gone taken the internet by storm. In the huge cut-out, Balakrishna is seen clad in an orange attire. 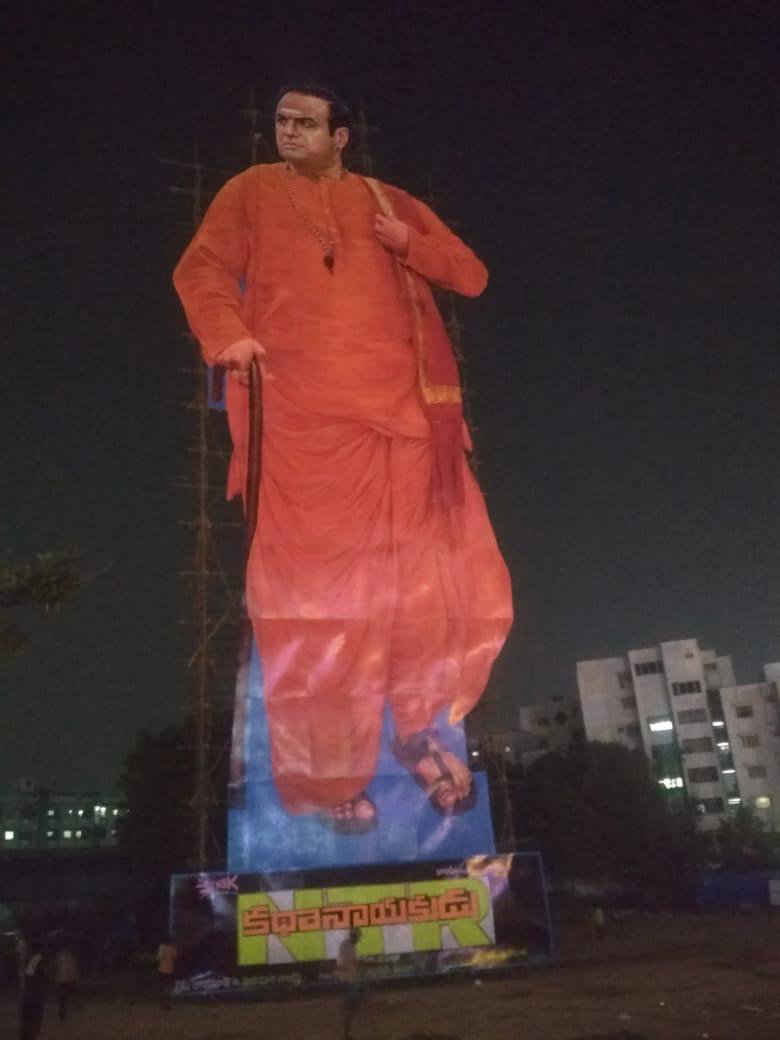 The first part titled NTR – Kathanayakudu will hit the screens on January 9 while the second part dubbed NTR – Mahanayakudu will be out on February 7, 2019.

Meanwhile, Balakrishna during the audio launch of NTR biopic had to face an unpleasant moment. While the even had many important dignitaries from the film industry but it was Mohan Babu and Rakul Preet’s frank speech that led to netizens have a field day. The clips of Mohan Babu and Rakul Preet’s speech are viral and irked Balakrishna who is seen suppressing his anger on the dais.