Finally, the secret political understanding between TDP President N Chandrababu Naidu and Jana Sena leader Pawan Kalyan has been exposed. The joining of former CBI official JD Laxminarayana the Jana Sena party made it clear that Pawan and Laxminarayana are hand-in-glove with Chandrababu. The trio conspired and making a vain bid to defeat YSR Congress Party in the upcoming assembly elections in Andhra Pradesh. 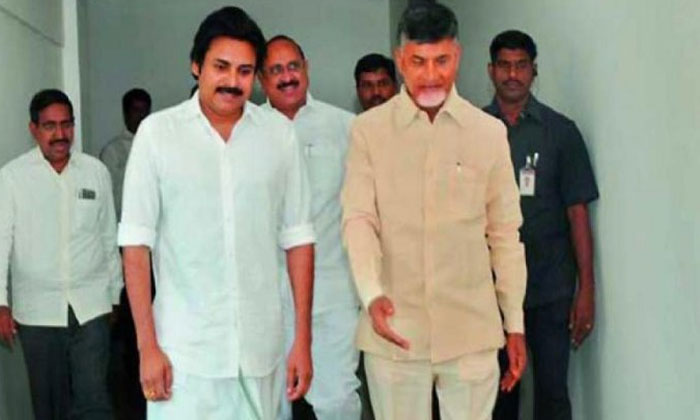 Laxminarayana is also tipped to contest from Bhimili assembly constituency as Jana Sena candidate and TDP already decided to field a weak contestant to ensure the IPS official’s win. The Jana Sena leader has been taking every political decision including the finalisation of the candidates at the behest of Chandrababu Naidu in a bid to split the anti-incumbency votes to weaken the winning prospects of the YSR Congress Party in majority assembly segments.

The alliance between Jana Sena and left parties – CPI and CPM and the seat-sharing between the three parties also raised apprehensions on the Chandrababu’s role in allotment of seats to the left parties by Jana Sena. Chandrababu has been facing a strong backlash from all sections for his all-around failure in his five-year rule. Sensing his TDP will be swept away in the YSR Congress wave, the AP CM was devising political conspiracies in a collision with Pawan. Laxminarayana is extending all-out help to the two leaders.