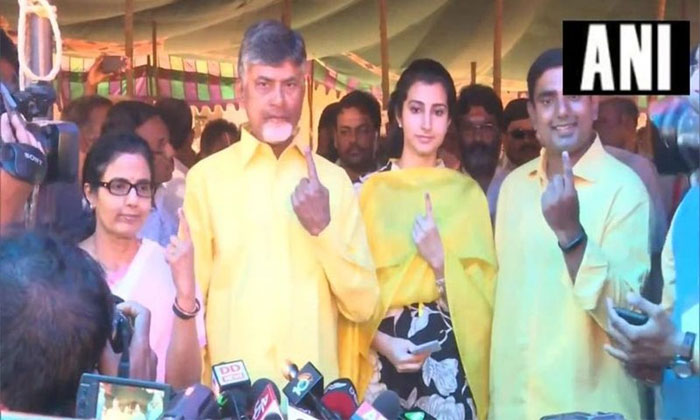 “It is the duty of every citizen to participate in the democratic process by casting his vote,” said Chandrababu.  Lokesh making his electoral debut is contesting from from Mangalagiri  while Chandrababu is seeking for re-election from Kuppam, Chittoor.

Trivikram falls back upon comedy again