Andhra Pradesh’s new cabinet comprising 25 Ministers was sworn-in here on Saturday. Governor E.S.L. Narasimhan administered the oath of office and secrecy to the new Ministers including three women, at a ceremony held near the State Secretariat at Velagapudi. 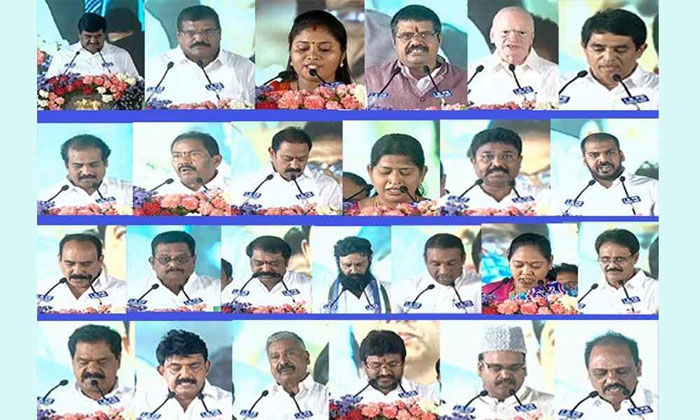 This Actress Is All Praise For Prabhas

Balayya does it again!