Fans go ecstatic to see to their favourite star sharing screen space with another star. And fans of Mahesh Babu and Ranveer Singh have a reason to go gaga, as the two of them will be sharing screen space. But don’t jump the gun as it’s not for a film but a for an advertisement – Thums Up.

Mahesh Babu, Ranveer To Star In Thums Up Ad 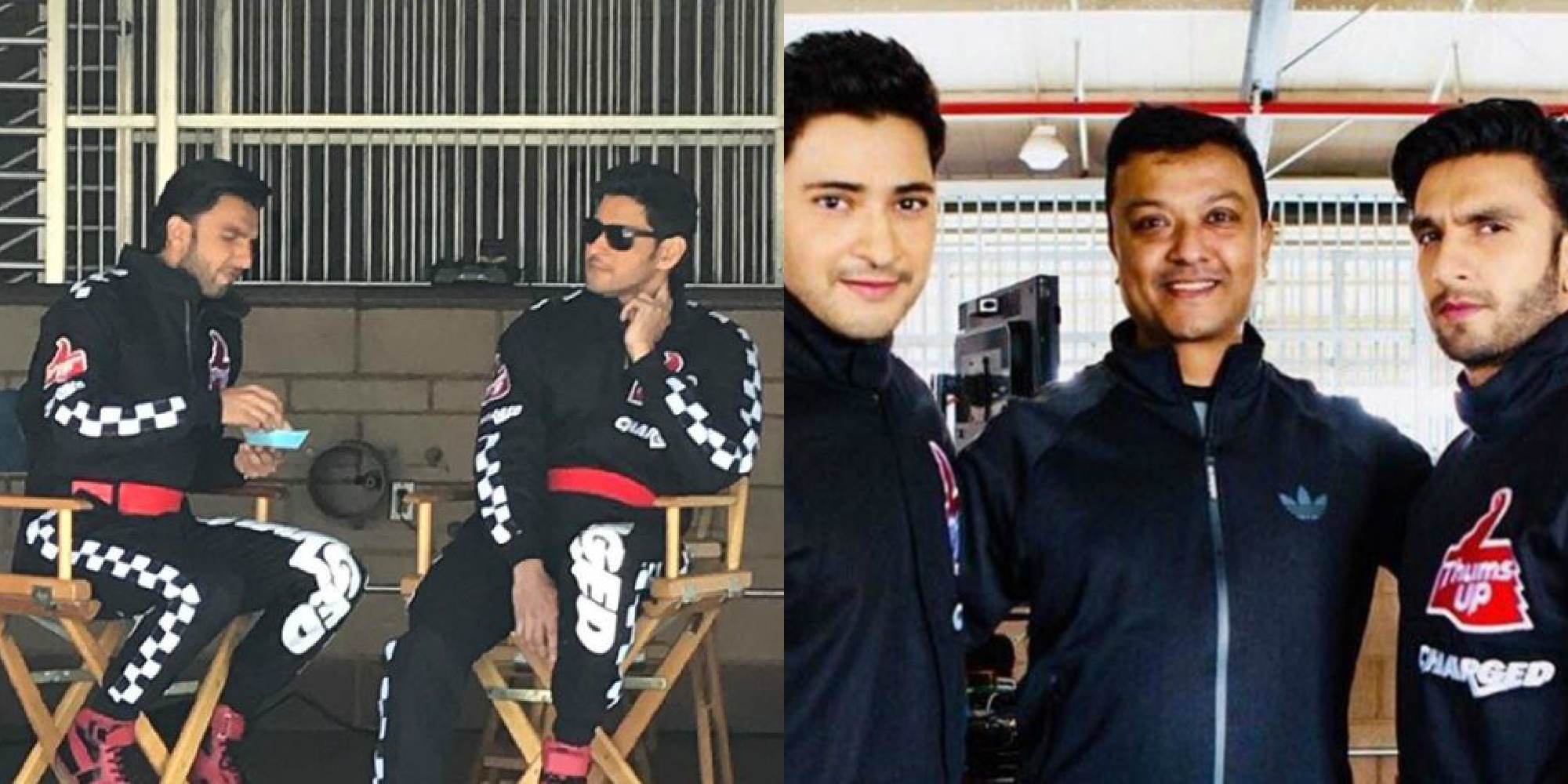 The two stars have been endorsing the brand individually but the company contemplated to bring the two stars together to for Hindi and Telugu audience respectively. The advertisement is said to be high on action and sleek look.

“Mahesh Babu has been endorsing Thums Up for ten years now. The company refuses to let go of him, and he’s a dedicated brand ambassador. So much so that his family members are not allowed to drink any soft drink other than Thums Up. As for Ranveer, he stepped into Salman Khan’s shoes in 2016 when Thums Up decided to drop the senior superstar as their ambassador,” a source said.

Earlier reports were rife that Mahesh Babu is all set to make his Bollywood debut. It was reported that Mahesh met some Bollywood biggies in Mumbai for his Hindi project. However, who he met and when the project will be announced is yet to be known. However, Mahesh’s wife Namrata Shirodkar has refuted those rumours saying that it’s a mere rumour only. “These reports are completely false. Mahesh Babu is not looking for a break in Bollywood. While returning from his two-month vacation in Europe, Mahesh did stop by in Mumbai while the rest of the family proceeded to Hyderabad. But Mahesh wasn’t in Mumbai to meet any Bollywood producer. He was there for a look test with hairstylist Hakim Aalim for his next Telugu film to be directed by Vamshi Paidipally,” Namrata said.