Mahesh Babu‘s next with director Vamsi Paidipally is going at a brisk pace. The films starring Pooja Hegde as lead actress and Allari Naresh is currently being filmed in Dehradun. 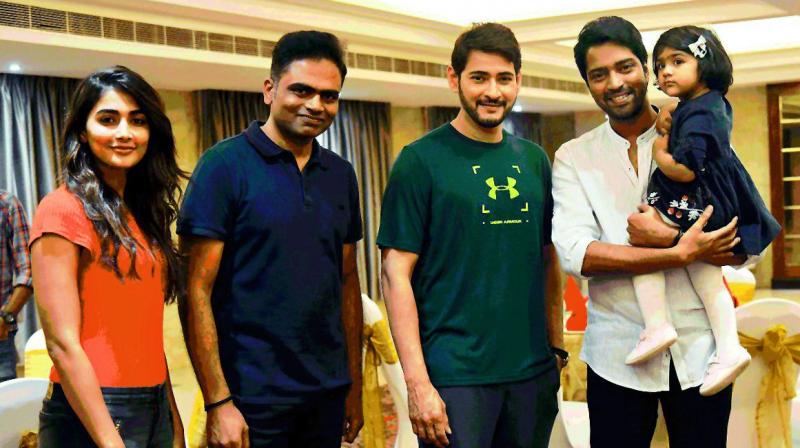 Meanwhile, it is learnt that the makers have locked the film’s release date as April 5. The reason behind is that Mahesh wanted the film to get the release in April as his last film Bharat Ane Nenu which was a massive hit. Now, Mahesh is in the belief of this superstition hence locked April as the release for his 25th film. “Mahesh’s Bharat Ane Nenu too released in April, so that sentiment too may work out,” said a source.

On the side, earlier we told you that, the film’s plot revolves around farmers issues which are the burning topic in the two Telugu states.

“Mahesh Babu has been close to the issue of the farmers, their land loans and their impoverished condition. Both Mahesh and his director Vamsi Paidapally felt that the actor must lean forward to show his solidarity with the farming fraternity,” a source said.

The film to be released in Summer 2019 is not a serious and sombre film but will have its own lighter notes. “It won’t be a dark film on farmers’ suicide. It will be a film filled with happiness and hope,” the source adds.

Meanwhile, Mahesh’s new picture with his gym trainer Mustafa is floating on the social media. Ecstatic trainer posted the picture of himself with the actor and captioned, “I find my self extremely proud and happy to announce my collaboration with non other than the prince of Telugu movies @urstrulymahesh. Looking forward to this journey of teaching and learning from this humble soul. P.S. I am not that short. It’s the angle of the picture.”