Mastannama, who became an ambassador of sorts for the ouTube channel Country Foods, passed away at the age of 107. Mastannama was the world’s oldest YouTuber and became popular for her unique recipes from watermelon chicken curry to country styled KFC chicken. The news has disheartened the channel’s followers and Mastannama fans. The news was broken by the channel who gave the story about her death news. 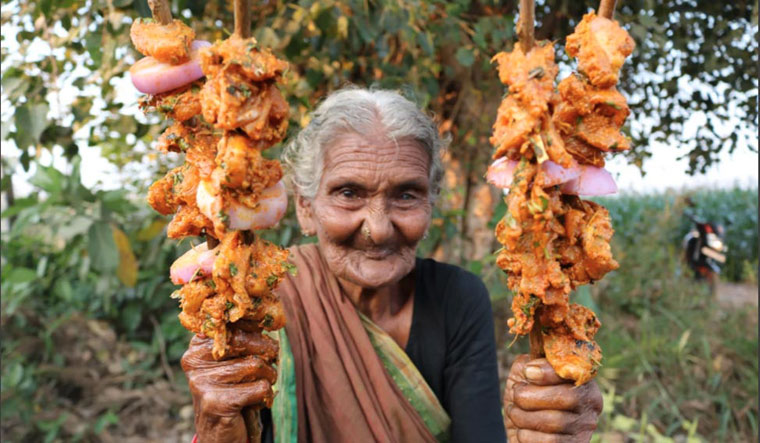 Not many know that Mastannama was married off at the age 11. However, she became a widow at the age of 22 leaving five children behind to raise all alone. OUt of the five children, only one is alive who used to live adjacent to her house. “She was so active and led such a busy lifestyle. She loved to be independent, and lived alone, while her son stayed in a house adjacent to hers. We loved her attitude, and decided to shoot videos with her,” said Srinath Reddy, one of the owners of the YouTube channel.