A lot has been said around the mammoth RRR starring Ram Charan and Jr NTR. To put speculations to rest and give updates on the film, SS Rajamouli and his team held a press meet today in the City. speaking at the occasion producer DVV Dhanayya said that the film is being made on a whopping budget of Rs 400 crores. If this blows up your mind, then hold your breath as you will be surprised to knot that RR budget surpasses than Baahubali, two parts combined. 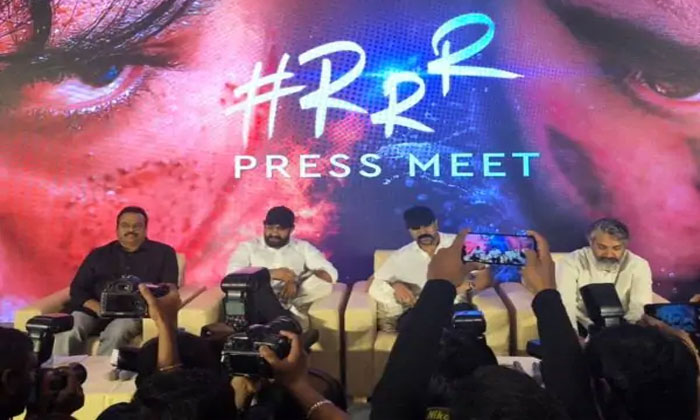 Rajamouli goes on to add, “I don’t like anything small and everything will be on a huge scale. We are happy to have an amazing cast”. Set in pre-independence era, Cherry will be seen as Alluri Sitharama Raju, while Jr NTR would be playing the role of Komaram Bheem.