Looks like Mega Power star Ram Charan is eyeing to work with Arjun Reddy’s director Sandeep Vanga. Other side, Cherry has signed a new film with Boyapati Srinu is expected to go on floor by next year.

According to sources, Cheery is likely to give more preference to Rajamouli’s film which is set to be a multi starrer. Cherry and Sandeep are meeting now and then for unknown reasons. Recently, Charan, Sharwanand and Sandeep have posed for pictures near Christmas tree which was set by Charan’s wife Upasana Kamineni.

Rumors are wildfire among film nagar circles that Cherry is planning another multi starrer film with Sharwanand under UV Creations. However, an official confirmation about the same is awaited.

Meanwhile, Charan is currently busy with his Mega Star Chiranjeevi’s Sye Raa. He will be next seen in Rangasthalam 1985 which is slated for release on March 30, 2018. 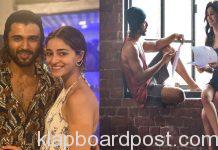 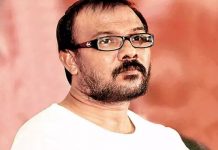 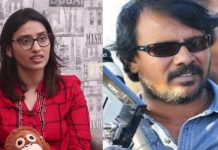