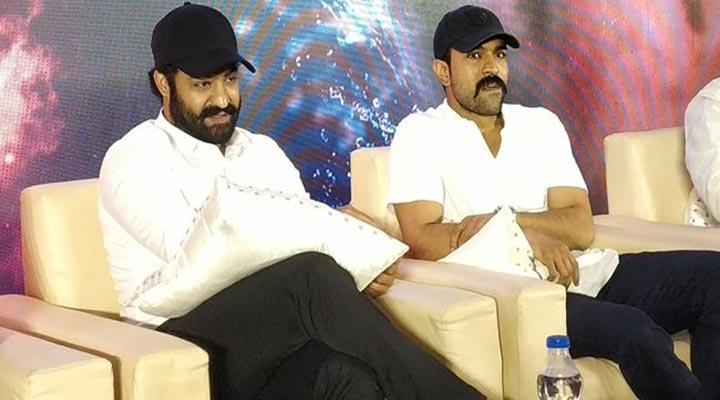 Baahubali director SS Rajamouli’s RRR is one the most anticipated flick in Tollywood right now. The filmmaker along with his team in a special press meet in Hyderabad unravelled the important details of the plot which were all kept under wraps till now. Rajamoli has also opened up about the roles of Ram Charan and Jr NTR whose characters are based on revolutionaries.  Set in pre-independence era, Cherry will be seen as Alluri Sitharama Raju, while Jr NTR would be playing the role of Komaram Bheem.

Jr NTR is essaying the revolutionary man Komaram Bheem, who fought against Nizam’s tyranny. The tribal leader of 1900s lived in forests of Adilabad district. His fight against Nizam’s book after his father was killed while fighting for the right of Adivasis.

Producer DVV Dhanayya said that the film is being made on a whopping budget of Rs 400 crores. The makers also confirmed that the tentatively titled RRR is now the official movie title. Confirming the same, the team posted, “It’s CONFIRMED! The official title of @RRRmovie, same as the working title “RRR” for all the languages. 🤘🏻🙌🏻#RRR #RRRPressMeet @ssrajamouli @tarak9999 #RamCharan @aliaa08 @ajaydevgn @thondankani @dvvmovies @RRRMovie”. RRR is all set to hit screens on July 30, 2020.

Balayya to romance heroine half is age!

AA19: Bunny-Trivikram to fall out?