Veteran director Kodi Rama Krishna who earlier made graphical wonders like Ammoru, Anji and Arundhati has come up with yet another heavy VFX based mythological fantasy drama film Naga Bharanam. Starring Ramya in the lead role, this film also features late Kannada Superstar Vishnu Vardhan in the digitalized avatar. Here’s the review of the film:

All the gods lose their powers and all the demons become more powerful on the solar eclipse day. To save the world from the demons and Tantriks on that day, gods make a kalasham which is protected by the family of Shivayya (Sai Kumar).

One day, a Tantrik named Kapali tries to steal the kalasham from Shivayya but Shivayya’s daughter Nagamma (Ramya) fails his mission. He even kills Nagamma for that Kalasham. Did he get it? How Nagamma protected it from the evil spirits? Watch the film to know these answers.

Though Ramya tried to do justice, she was a complete misfit for this role. Director didn’t use her acting abilities in this film. Her character is poorly written, clichéd and loud in some scenes. Dialogue King Sai Kumar impresses with his guest appearance. Villains Mukul Dev, Ravi Kale and Amit were completely wasted in their roles. Hero Diganth doesn’t have much to do with the story in this film. Rest all characters just come and go occasionally.

Director Kodi Rama Krishna tried to create yet another lady oriented fantasy flick like Arudhathi, but he fails miserably this time. Right from the beginning of the film, the story goes in a very predictable way without any twists and turns. But he succeeds in re-creating Super Star Vishnu Vardhan in a VFX avatar. Music by Guru Kiran is not up to the mark and is very loud at some instances. Cinematography is quite good and so are the production values. Editing played the major spoilsport in the film by presenting it in a most clichéd way.

Right from the announcement of this film, audience had huge expectations on it as it was promoted to be on the lines of Arundhathi. Though it was nice to see Ramya back on the silver screen, her poorly written character makes this comeback a bit bitter. The Shiva’s idol, Vishnu Vardhan’s avatar and the snake are the major VFX highlights in this film. Overall, this age old drama with heavy graphics fails to impress the audience big time. 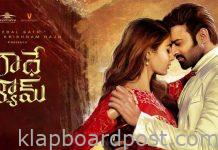 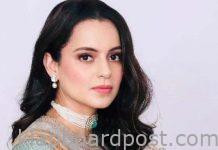 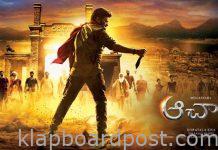 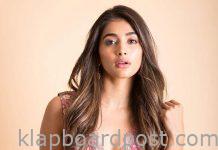 A sanitised ambience for KBC 12