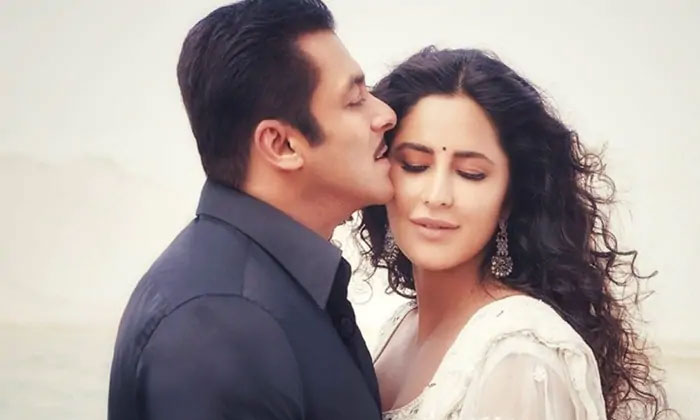 Bharat is their collaboration of Salman and Ali Abbas Zafar. The two previously worked on Sultan and Tiger Zinda Hai. Recently, Salman about about Priyanka who was supposed to be in place of Katrina, saying, “Priyanka was very keen on doing this film. We thought it was Katrina. But Katrina had just done Tiger Zinda Hai with me. (Also) Ali thought that ‘woh Hindustani role hai.’ (It is an Indian role) So, I said, ‘Kamaal hai yaar! Tumhari dost hai, itna kaam kiya hai. (She is your friend and has done so much work) You don’t have confidence that she will be able to pull off a Hindustani role’.”

“Then Ali told me that Priyanka had called him and said she wanted to do this movie. Then her marriage thing happened, so she choose to take a very brave, bold and amazing step. Usually, people would have fights in their houses. Boyfriends and girlfriends might fight. Female actors might leave husbands for Bharat (laughs). But she did the right thing. She got married because she wanted. And Katrina got what she wanted,” Salman added.

Meanwhile, we bring it you the tweeple review who have catch the first show on the first day, here is the Bharat Twitter review:

Salman bhai domination from scene one to last scene.

Last 30 minutes is next level

#BHARAT is a super-entertainer with emotions as its strong USP and Salman Khan like never before. The superb combination of Salman Khan, emotions and the release period [Eid] will ensure fireworks at the ticket windows. – @Bollyhungama #BharatReview

Don't trust fake I'd and their review only Two screening have take place and all are saying it's good.look for official symbol and then trust. Film is outstanding 👌🙌🙌🙌 #BharatReview

The blockbuster Jodi of @BeingSalmanKhan & @aliabbaszafar is back with the bang.

👉Day1 will be humongous 💥💥💥 pic.twitter.com/kHG4qwfOFS

#BharatReview@aliabbaszafar Is A Hollywood Director Disguised In Bollywood