Nithya Menen has already revealed that she is going to give dubbing for Elsa’s character in the film (Telugu Version). As per the latest reports, a star kid is now going to give dubbing for a younger version of Elsa in the Telugu version of the film. None other than Tollywood Superstar Mahesh Babu’s daughter Sithara Ghattamaneni is going to lend her cute voice to younger Elsa in the film. The official announcement related to this will get released soon. 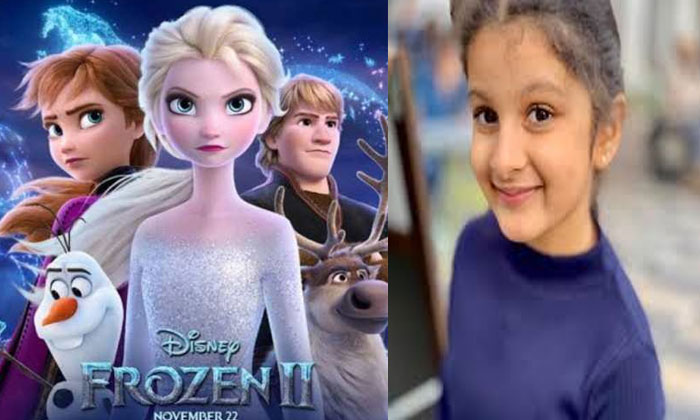 We already know that Sithara along with Vamsi Paidipally’s daughter Aadhya started a YouTube Channel. Now, Superstar fans are even more excited to listen to her voice in the much-awaited animated film.