Home English Big Stories Tamil film gets leaked online!
Piracy has become a huge curse to the film industry. The pirated websites are causing a havoc for the film makers and the latest one who has faced the brunt is the Tamil film Lightman.

Sadly, the film got leaked online just before the day of release on the site called Tamil rockers. The makers are crying foul and are in deep pain. They took to the social media and appealed to everyone to stop doing this.

“Our film #Lightman was scheduled to release on 10th Feb 2017, and the film was uploaded by #Tamilrockers even before it’s release on 9th Feb 2017. We, as a team have invested our time, effort and money in making this movie with the only motive to showcase our talent. But this act of some socially irresponsible people have buried our dreams now.

What do they gain by doing this? Due to this many reviewers didn’t review our movie. Many newspapers did not publish any article about our movie. Press people have already watched the movie in its press show and said they will support us to their best to promote our movie to reach all audience. Now, as the movie is already available in all pirated sites they don’t seepurpose in talking about it.

The amount of effort invested in this movie was high and we are left deserted now. A group of unknown people causing trouble to the filmmakers are hurting us badly. Our career is dependent on how the film is celebrated by the audience and press.

I feel pained now as my first movie as lead actor is affected by piracy that too even before it’s release. I’m trying to find a place infilm industry from 2005 and it’s more than a decade’s effort and wait that has been trashed now. I hope the future is bright and people stop supporting piracy. It truly affects one’s career.” 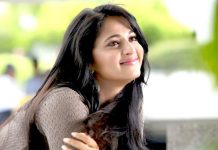 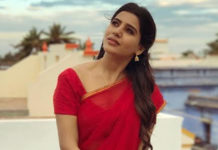 Sam kills it with her traditional attire!