Tejaswi Madivada after her stint in reality-show, Bigg Boss Telugu 2, is making her appearance in another reality show again. Well, she isn’t a contestant this time, but rather will host the comedy show – The Great Laughter Challenge. When asked how she feels about the making her television debut as the host, excited Tejaswi says, ” I was always fascinated by the stand-up comedy shows from my childhood. I would watch several English comedy shows and I have always wanted to be a part of one. When I was approached to host the show, I was excited about the opportunity to debut on small screen. Moreover, promoting comedy on the small screen is a great initiative.” 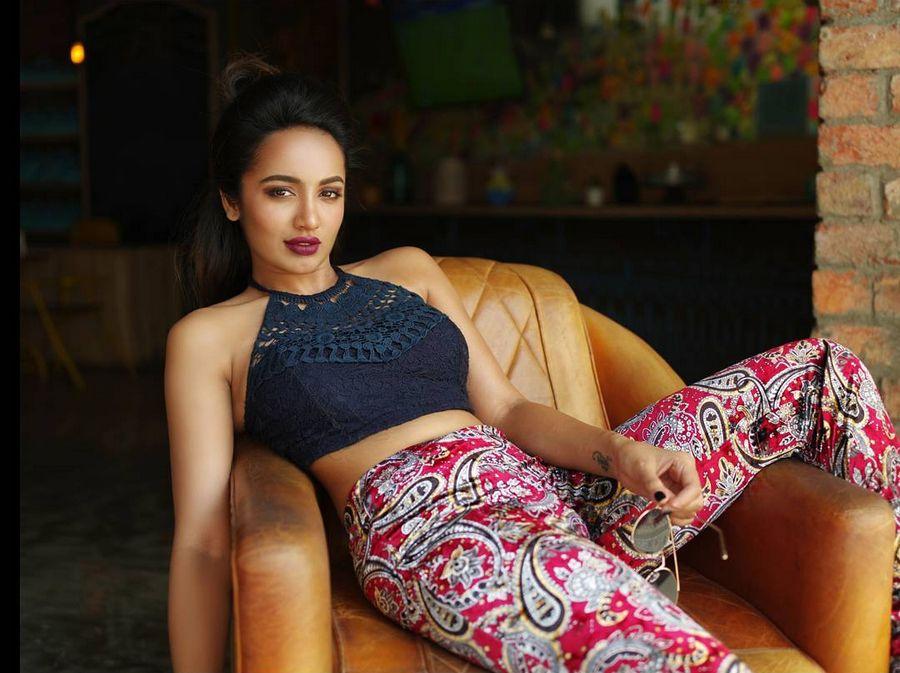 The promo of the comedy show having star comedian Brahmanandam is already creating a buzz. The show will have stand up comedian and will be judged by  Brahmanandam who is also making her TV debut. She is also excited to have Brahmandam on the show and is eager to share screen space with him. “And with someone like Brahmanandam garu being the judge, I could not have asked for anything better. Working with him will be an enriching experience,” she says.

When asked how she is gearing up for the role, she says, “I have done several comedy scenes in films, so I believe that experience will come in handy. And I also want to keep it natural and be spontaneous. The comedy show will be directed by Sanjeev of Jabardasth fame, which will begin from October 6.

Prabhas to mellow down for Jaan!