Kannada actress Rashmika Mandanna birthday falls on April 5th. While the actress will be getting birthday greetings from her fans and industry friends, here comes another surprise. Rowdy aka Vijay Deverakonda has made special plans for his dear COmrade co-star Rashmika. Taking to social media, Vijay hinted that somehting specila would be coming out tomorrow at 9am. Here is what he wrote, “Tomorrow at 9 AM 🙂 Our birthday special for @iamRashmika #HappyBirthdayLilly #DearComrade” 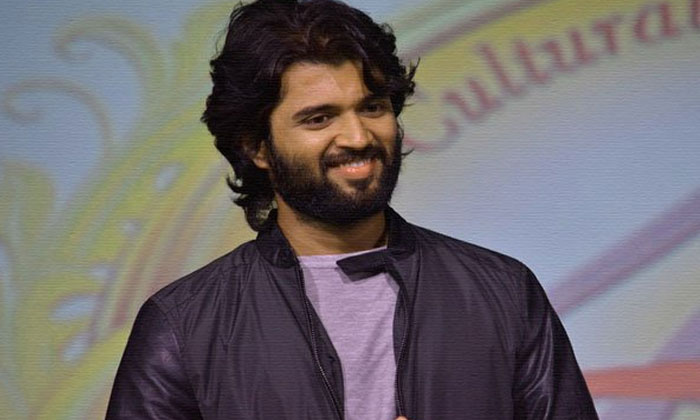 Going by Vijay’s tweet, it looks like Dear Comrade makers will be introducing Rashmika’s character from the film. Apparently, we can infer from Vijay’s tweet that Rashmnka character is named Lily.

Recently, Kaira Adavani, at the HT India’s Most Stylish 2019, bumped into Vijay as she made her way to the event. The fans of repetitive stars are gaga cathing Kaira and Vijay in one farme. In fact, a user commented, “finally she met the real Arjun Reddy!. “You guys look so hot!” wrote another.

Dear Comrade teaser released is continued to get immense love from the netizens. It showed Vijay as a college youth with a rebellious avatar. The vocals lend by Sid Sriram stirs our chords and is sure to give you goosebumps. After watching the teaser, we can’t wait for enough to catch the film on the big screen. Directed by Bharat Kamma, the music is composed by Justin Prabhakaran. Watch the teaser here and let us know you take on it: