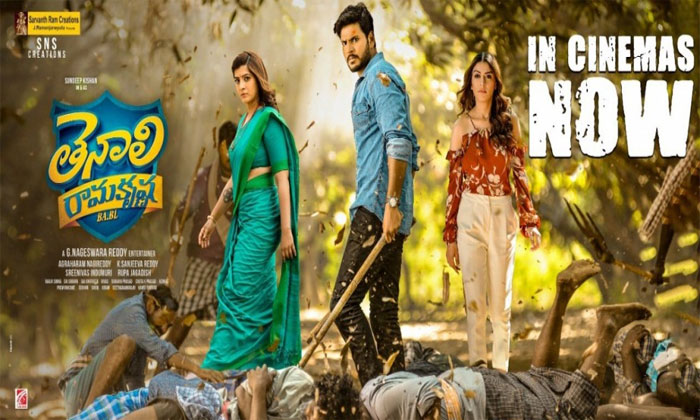 Sundeep Kishan’s Tenali Ramakrishna BA BL has hit the screens today. The film has Hansika Motwani and Varalaxmi Sarathkumar is getting positive feedback from the audience. The film revolves around a courtroom drama involves high on comedy and romantic quotient. G Nageswara Reddy Seema Sastry of Dhenikaina Ready fame has written the script and dialogues for the movie, which has been produced by Agraharam Nagi Reddy under the banner SNS Creations. The flick has received a UA certificate from the censor board and its runtime is 2.08 hours.

Kodikatthi and grama volunteer are the highlights of the movie 🤣🤣#TenaliRamaKrishnaBABL