YSR Congress president YS Jaganmohan Reddy owns assets of more than Rs. 375 crore but does not own a vehicle. He declared his assets on Friday while filing nomination for Pulivendula Assembly constituency in Kadapa district of Andhra Pradesh. 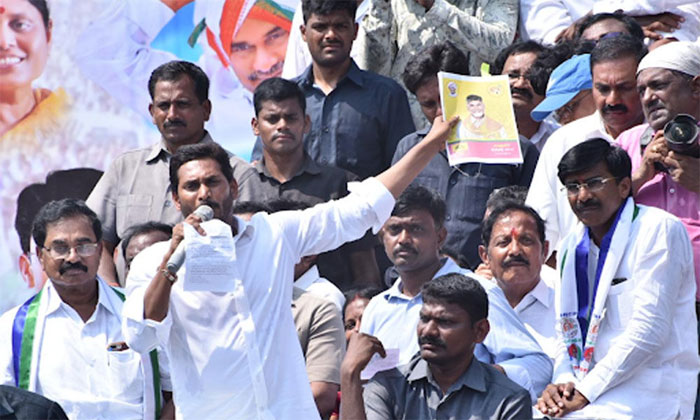 Mr Reddy, son of former Chief Minister YS Rajasekhara Reddy, also mentioned that he owns no vehicle. He submitted in the affidavit that the four bulletproof vehicles were owned by others but registered in his name. The 46-year-old mentioned that his total investments were Rs. 317 crore while that of wife were Rs. 62 crore.

The YSRCP leader, who declared that he is engaged in politics and public service, showed his income during 2017-18 as Rs. 25.89 crore against Rs. 2.90 crore in the previous year. Mr Reddy owns non-agricultural land worth Rs. 8.42 crore, commercial building valued at Rs.14.46 crore, a residential property in Hyderabad worth Rs. 12 crore.

His liabilities were only Rs. 1.19 crore. However, liabilities in the form of income tax to the tune of Rs. 66.68 crore were under dispute. His wife also had Rs. 6.75 crore liabilities under dispute. The 46-year-old also mentioned about 31 criminal cases pending against him including cases booked by the Central Bureau of Investigation (CBI) and the Enforcement Directorate under Prevention of Corruption and Act Money Laundering Act among others. He, however, was not convicted in any case.