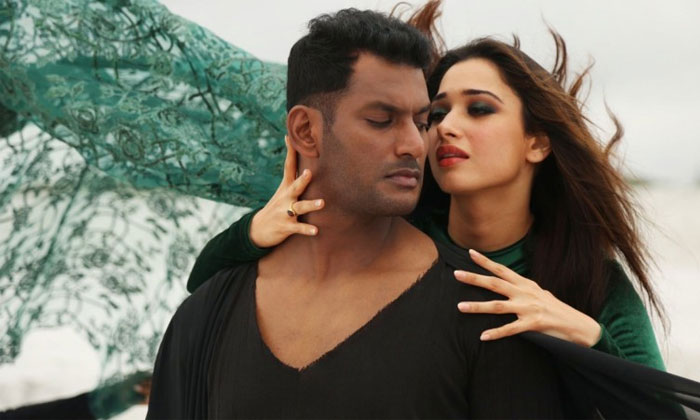 Tamannaah Bhatia and Vishal are back with Action. The high-octane film is directed by Sundar C. After Khaithi, and Bigil, this is the big-ticket film post-Diwali. The teaser and trailer right buzz, in fact, Tamannaah’s daring stunts also provided enough hype to the film. The film releasing today, also stars Akanksha Puri will be seen as a ruthless assassin, while Aishwarya Lexmi enacts the character of Subhash’s wife. So how has the film fared? Let us checkout audience FDFS response on Twitter.

The film is produced by R.Ravindran. The film is available in Tamil and Telugu languages. After Madha Gaja Raja and Aambala, filmmaker Sundar C and actor Vishal are joining hands for the third time with Action.

@VishalKOfficial :Just back from a terrific and tremendous #Action 🤩. Firstly a big applause for taking up such a bold and sensational script.Stunned with action sequence in interval block and electrifying climax.Climax scenes will make you to forget any lags or hiccups.#worthit

#Action is a SOLO release this week. All of us are confident the film will offer a new experience to Audience from Dir. #SundarC @VishalKOfficial @tamannaahspeaks @tridentartsoffl & Team. Don't miss to watch in big screens friends 💐💐💐🙏🙏 pic.twitter.com/8EvfehZDBs

Review : Apart From Few Action Scenes #Action Turns To Be A Disappointing Stuff From #SundarC With A Logicless Script #AiswaryaLakshmi Didn’t Had Much To Do In Her Tamil Debut , #Vishal Excelled In Action Scenes & #Tamannah Was Ok pic.twitter.com/uKxT479hbV

Fantastic #Action Film. Thou he did some compromise for commercial aspects, some loopholes, this is a film you would never expect this from Sundar C. Certain scenes were brilliant. HHT bgm is good songs are real speedbreakers. Overall a good film. A different attempt from SundrC https://t.co/Bkif1vbRAw

#Action First half – Good 👌👍
Sundar C tries a different attempt this time with a small twist and a good chase in the interval. Songs are the speed breakers.@tamannaahspeaks Tamanna is beautiful as ever and vishal killing the action scenes.