Actress Amala Paul’s Aadai first look is out which will leave you stu7nned with the impressive transformation by the actress. Director Venkat Prabhu released the look on the Twitter handle. The film’s title Aadai means clothing and in the first look Amala is seen clad in a toilet paper with bruises and wounds on her body, where she is holding a rust iron piece as she cries.

The film touted to be a dark comedy is directed by Ratna Kumar, and has  Arrogant, Audacious and Artistic as the description below the film’s title. Rana Daggubati also shared the poster on his twitter handle. Giving us the glimpse of the film, Ratna Kumar had said, “Aadai is a dark comedy, and Amala does not have a pair as such. Aimed at mature audiences, the script has enough engrossing and entertaining elements. And it will also address the issue of where to draw the line when it comes to freedom.” 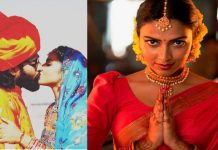 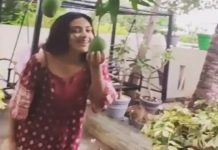 Amala Paul: Everything first is special 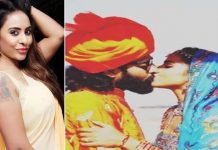 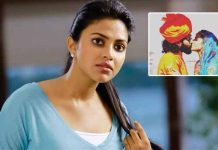