Amala Paul has turned head with her lungi picture which has caught the attention of netizens. The actress is seen sporting a T-shirt along with red lungi on her photo-sharing app Instagram. Her caption reads, “Welcome to the land of Lungi; Where everybody drinks Toddy, Appam stew and Meen Curry, I know you like it simply. Lyrics from a funny hippie song. I can’t stop laughing out loud every time I hear it! Well, welcome to the land of lungi, drink toddy and make merry! #livelittlemore”. 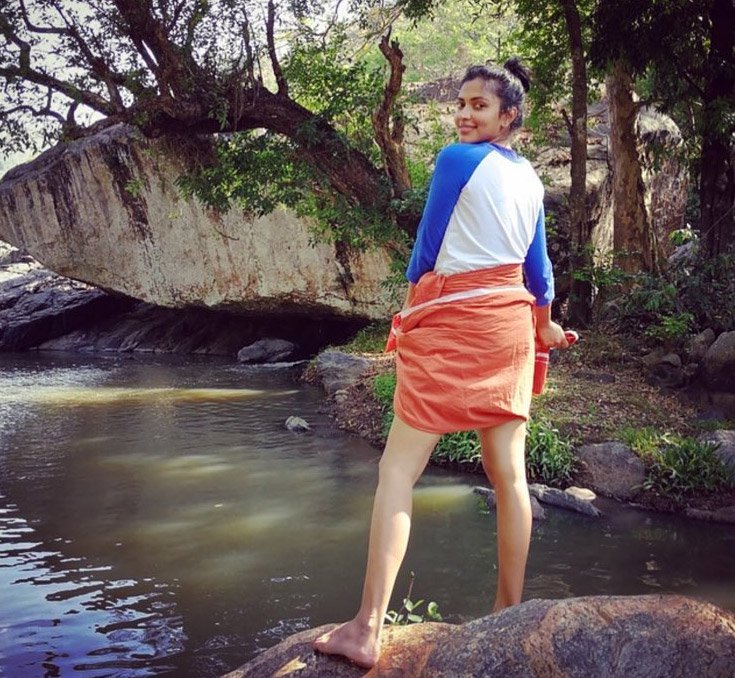 Going by the caption, it looks like Amala drapped lungi for a film shoot. Her picture has over 1lakh likes within a few hours of her post. The actress, of late, opened up on #MeToo movement and shared her harrowing experience. She narrated the harrowing experience she encountered with director Susi Ganesan and his wife Manjari. Amala said that both the husband and his wife slut-shamed her in the telephonic call and abused her. “Just got the shock of my life! @DirectorSusi & @sgmanjari called &I picked up to explain the stand. While I was trying to pacify his wife; Susi strted abusing me&to my surprise his wife strted laughing&they both joined to slut shame me. De feel de can scare me with dese tactics (sic),” she wrote.