Buyers ditching the producers at the nick of the moment is normal. They find some alibi to refuse buying the film. Antariksham, the Varun Tej film being made by Sankalp Reddy, too is facing similar problems. 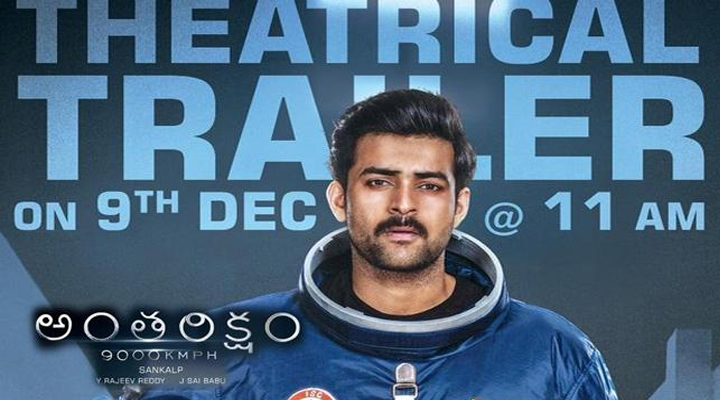 With three or four films releasing around the same time, the buyers are trying to bring down the price. Sharwa’s brother Arjun originally announced that the y would buy the film in Rs 6 crore ratio in AP, while Dil Raju said that he would buy the film for Nizam region at Rs 5 crore. But at that time, the film was supposed to be a solo release. Now, Padipadi Leche Manasu, Mari 2 and KGF are releasing at the same time. Even otherwise, the season is lukewarm.

Upcoming cyclone Phethai might prove to be the dampener. As a result, Sharwa’s brother Arjun is ready to exit the deal. Dil Raju too is asking for re-working of contract terms. He is said to have told the producer that Rs 5 crore is not possible now.