Sensuous Disha Patani who is shooting for Malang has got injured. The incident happened while the actress was shooting for a sequence. Well, her fans need not fret as she has been given required medication. A video of Disha being administered injection while she undergoes makeup and hairdo is viral. The video is presumably from her vanity van. 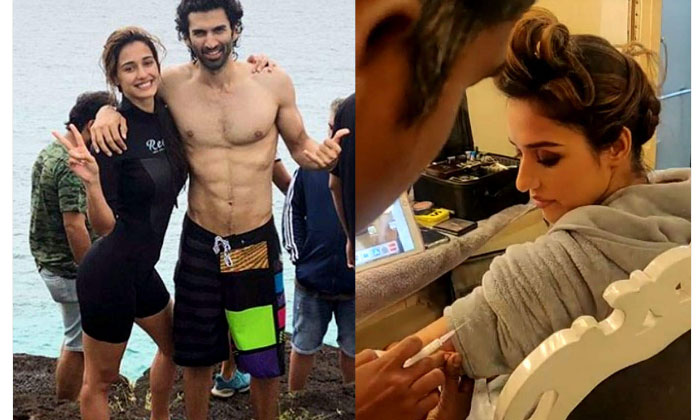 Notably, this isn’t the first time, Disha got injured. Previously, during Bharat were she plays trapeze artiste got her knee hurt. However, she continued to do stunts like flips and other required things. She had said, “This is among the toughest things I have done. I injured my knee while shooting and still had to do the flips, dance, jump the fire hoops, etc. In fact, my knee has still not recovered!”. Disha is a professional and her dedication shows how committed is she.

Malang starring Aditya Kapoor is touted be a horror film. The film also has Kunal Kemu, who said, “It’s an interesting film. It’s got a lot of shades to it. It has me playing a cop again, it’s a very interesting part and I am looking forward to it.” Apart from Malang, Disha will be seen in Anees Bazmee’s romcom opposite Kartik Aaryan in her kitty.

Do you need this fight, Naga Chaitanya?