Disha Patani‘s big day came arrived after her film Bharat where she starred alongside Samna Khan got released. During the special screening of Bharat, Disha arrived at the venue along with rumoured beau Tiger Shroff. 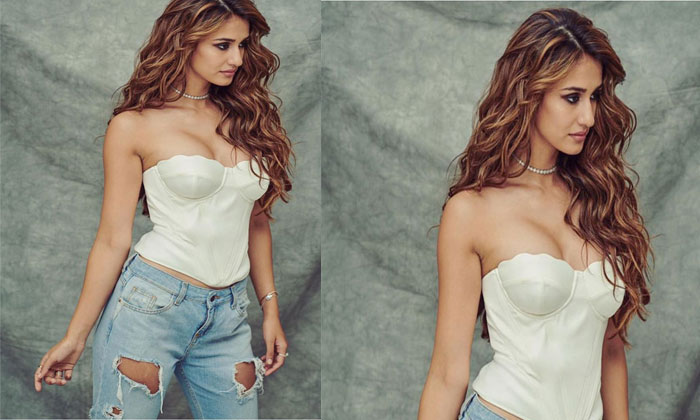 Disha, in fact, overshadowing Katrina Kaif, the leading actress in Bharat. While Katrina was clad in floral lehenga, Disha went for a chic look. Clad in ripped denim and off shoulder top, Disha looked like a dream.

On the personal front, Tiger expressed that he wants to go on slow with his relationship with Disha. Now, the Bharat actress was asked to opine on Tiger’s “slow motion” comment. To which she said,” He’s too slow motion, man. I’ve been trying to impress him and I keep telling him that. I have learnt gymnastics and I’ve done a film where I’m taking a flip through a fire ring. He’s still not impressed. What more can I do?”

Disha goes on to add that she wants her relation more than just friends but she finds hard to impress Tiger. “He’s too slow. Someone has to break the ice and speak up. He is a great friend but I want things to get a little more than being just great friends. I’m trying my best to impress him but he’s just not agreeing,” added Disha Patani.

Well, we just hope to see the Bollywood power couple soon together and putting all their trivial things at bay.