Ravishing Disha Patani has come a long way in the showbiz industry. WIthout any Godfather, the Baaghi 2 actress is successful in creating a niche for herself in Bollywood. However, it isn’t a cakewalk for her. And like many other aspiring actors, she too did struggle and gave numerous auditions. Now, an old video of Disha’s of her first ever audition has surfaced where she is seen endorsing a cold cream. In the video, Disha introduces herself saying,  “Hi this is Disha, I am 19 and my height is 5 feet and 85 inches. Here’s my profile.” 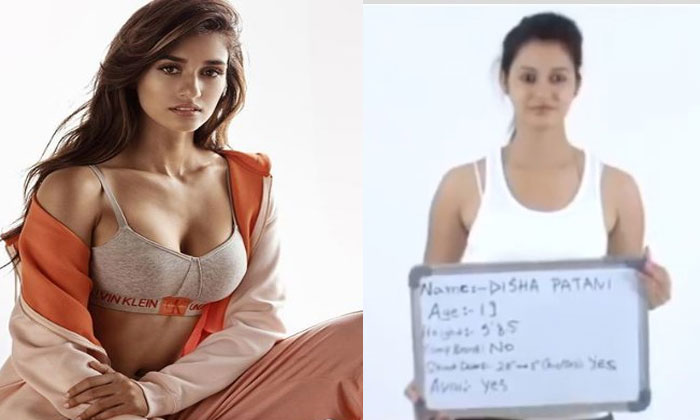 On the personal front, Disha said to be dating Tiger Shroff for quite some time now. The love birds are often spotted together. While the couple hasn’t confessed their love in public, Tiger’s father Jackie recently opened up about his son’s equation with Disha. “Tiger found his first friend who is a girl at 25, till then he never looked around.” He had added, “They share the same passions, dance and workout together.” Showering praises on Disha for being a disciplined girl because of her army background, the Baaghi 2 actor’s future father-in-law said, “She comes from a family of army officers, so she understands the value of discipline. Who knows they may get married in future or remain friends for life, for now they are just friends,” said Jackie.

Sharwa’s next to get delayed